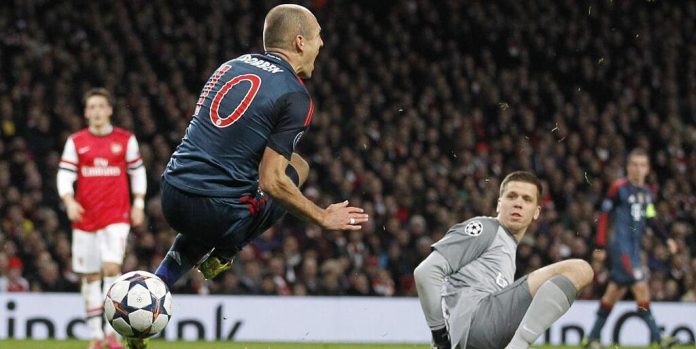 Arsenal suffered a 2-0 home defeat to Bayern Munich on Wednesday night, with their hopes of reaching the quarter finals of the Champions League all but over.

The game swung completely in Bayern’s favour on the 37th minute, when Gunners keeper Wojciech Szczesny was dismissed for a late lunge on Bayern winger Arjen Robben.

But was the red justified? Arsene Wenger said after the game that Robben made the most of the contact made by Szczesny, with the referee’s subsequent decision to send the Pole off effectively ‘killing the game’,

“Our keeper went genuinely for the ball, he touched Robben, who made certainly more of it, and I told him,” Wenger told BBC Sport,

“It killed the game completely.” 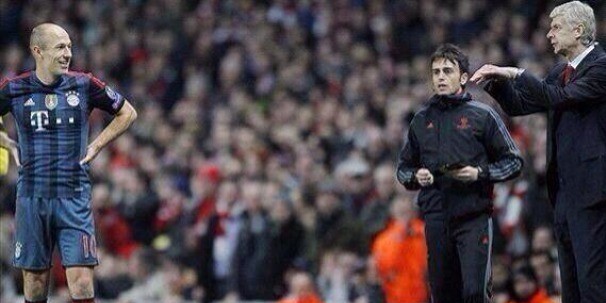 Bayern missed the resulting penalty, matching Mesut Ozil in failing to score from the spot, yet Arsenal were forced to defend bravely for the best part of an hour.

They were to be ultimately undone by a moment of brilliance from the exceptional Toni Kroos, and a stooping header from the incorrigible Thomas Muller. 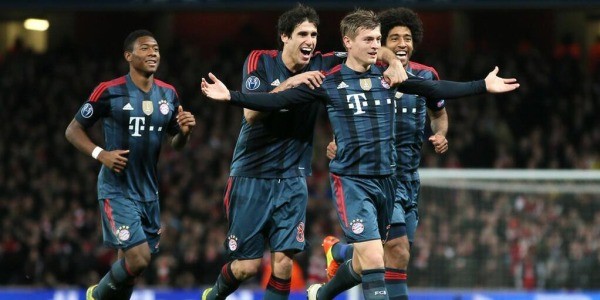 “He (Robben) has enough experience to know to make more of it,” continued Wenger,

“Overall I thought Bayern made a lot of every single contact, we are not used to that in England.

“There were fouls given today that usually are not given in the Premier League, but it’s different rules and we have to accept it.”

“The game was, until then, top quality, and in the second half it was boring for neutral people. It was one-way traffic.”

The majority of fans seem to agree with Wenger, with Twitter reacting strongly to Szczesny’s first half red card,

Yes a pen, but a red card? Never. What’s Szczesny meant to do, completely pull out of the challenge in next to no time? — Wenger’s Smile (@Gunnerblogger97) February 19, 2014

It was a penalty but Robben made a meal of it. Penalty but not a red card for me. — Robdagooner (@RobWoodfin1) February 20, 2014

But a red card? Robben is moving away from the goal… No Bayern players following in… Not a clear goalscoring opportunity for me. — Tad Swar (@tadswar) February 20, 2014

Should Szczesny have been sent off?