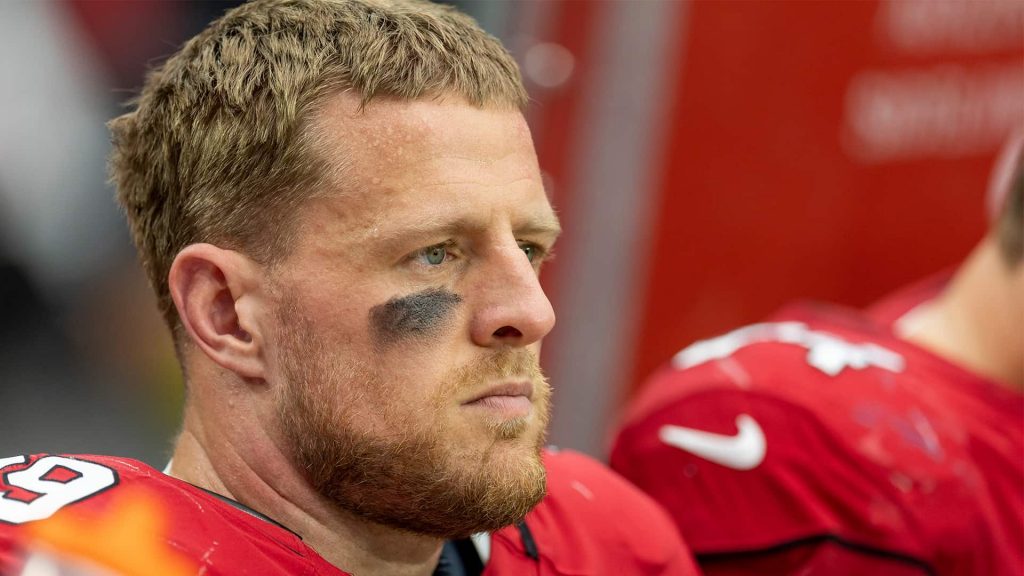 It has emerged that Arizona Cardinals defensive lineman J.J. Watt featured in his side’s 26-16 victory over the Carolina Panthers just days after suffering a heart scare.

The 33-year-old had not intended on disclosing the information publicly, but a leak forced his hand and he took to Twitter to dispel concerns circulating over his health.

On Wednesday, the three-time defensive player of the year suffered from atrial fibrillation – an irregular, usually rapid heart arrhythmia. This prompted doctors to shock his heart back into rhythm a day later, just three days before he was due to play in Carolina.

I was just told somebody leaked some personal information about me and it’s going to be reported on today.

I went into A-Fib on Wednesday, had my heart shocked back into rhythm on Thursday and I’m playing today.

In what had clearly been an immensely difficult week for him and his family, Watt seemingly held back the tears as he spoke to the press.

“Obviously, it’s been a very emotional week for my family, for my wife, for myself,” Watt said. “So, I’m very happy to get a win today. Obviously, I’ve had a lot of emotions, but I’ve learned to appreciate the little things even more, and so it’s nice to have a win today.

After lengthy conversations with electrophysiologists and cardiologists, the former Texans veteran was given multiple assurances that it was indeed safe for him to play on the weekend.

Following a phone call informing him that the news had been leaked and would be circulating the press imminently, he took to Twitter on Sunday morning to reveal the news himself. The only people who knew of his condition were close family members and people in the Cardinals’ building at the time.

He expressed his dismay that the news had been leaked by someone ‘he should trust’.

“The only people that knew were people I should trust,” Watt said. “And, so, injuries, I don’t care. If you leak injuries, whatever, that’s football. But this one was very emotional for me so it upset me.

Watt put in a typically gutsy performance in the face of a terrifying ordeal, registering three tackles and two batted passes while playing 41 of a possible 51 defensive snaps.

Cardinals coach Kliff Kingsbury gave his take on Watt’s situation, saying it, “It shows you what type of person and competitor, human being he is.

“He’s special and we were all obviously worried when he wasn’t around for a couple of days getting the tests run and handling that, but I think it was definitely inspiring for all of us and he played at a really high level and he just continues to amaze, the type of person and player he is.”

It comes after a week brimming with controversy surrounding player wellbeing – Dolphins quarterback Tua Tagovailoa was cleared to play despite suffering a sickening concussion the game prior. After engaging in another heavy collision against the Bills, he seemed to suffer an on-pitch seizure, prompting outrage from every corner of the NFL fanbase.

An unaffiliated doctor who was involved in his evaluation has since been fired.

Check out our guide to the best NFL betting sites.