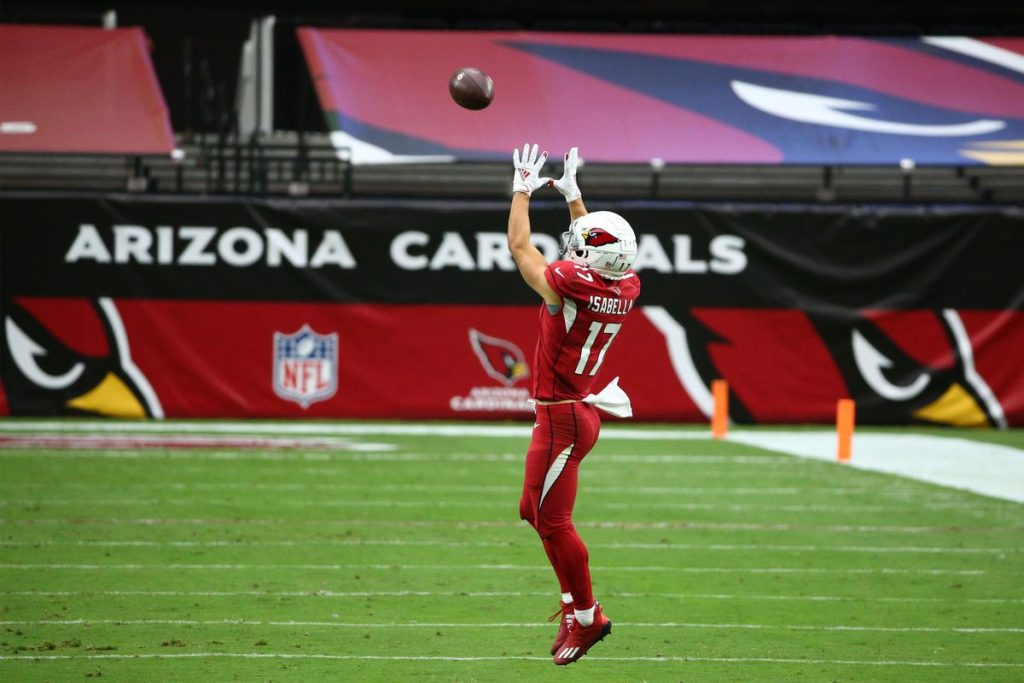 Andy Isabella signed for the Arizona Cardinals in May 2019 however has struggled to make any sort of real impact for the side since, which has seen the Wide Receiver waived after three seasons.

Isabella being waived does not really come as a surprise, as the player was granted permission to seek a trade back in March, however nothing came of the request.

In his three seasons at the Cardinals, Isabella produced just 33 receptions for 447 yards and three touchdowns. The WR, who was still on his rookie contract, played 39 matches however only started three in his time in Arizona.

The 2022 season was just as disappointing for Iasbella as the rest of his years at the Cardinals, as the 25-year old played in three games with just two catches on five targets.

Isabella still has plenty of time to revive his NFL career at such an early stage, and the WR will be able to start searching for a new team by Thursday afternoon when he becomes a free agent, should he clear all his waivers in time.