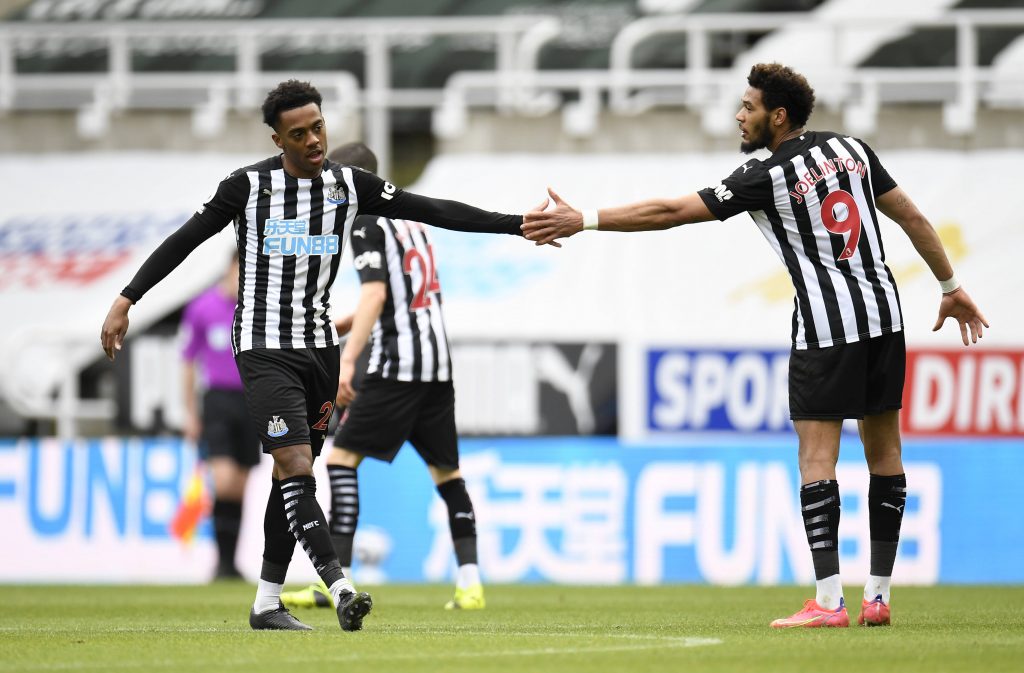 Newcastle United picked up a 3-2 win over West Ham United in the Premier League yesterday.

The victory was a massive boost to Steve Bruce’s side who are fighting for their survival in the top flight.

The Magpies are now nine points clear of 18th placed Fulham, and it would be a huge surprise if they fail to preserve their Premier League status for another season.

An own goal from Issa Diop and strikes from Joelinton and Joe Willock sealed the three points for the Magpies.

Newcastle will be hoping to build on it on the result and finish the season strongly.

With the likes of Allan Saint-Maximin and Callum Wilson back from injury, the Magpies should certainly improve in the coming weeks.

Shearer also hailed the performance of on-loan Arsenal midfielder Willock who scored a late winner for the Magpies yesterday.

The 21-year-old has had an outstanding loan spell with Newcastle, and Bruce will be looking to keep him at the club beyond this season.

Willock has chipped in with important goals against Spurs and Southampton in recent weeks, and the fans will be hoping for more of the same in the remaining matches.

Meanwhile, the defeat will come as a blow to West Ham’s top-four hopes, and the Londoners will be hoping to bounce back strongly in their next outing.