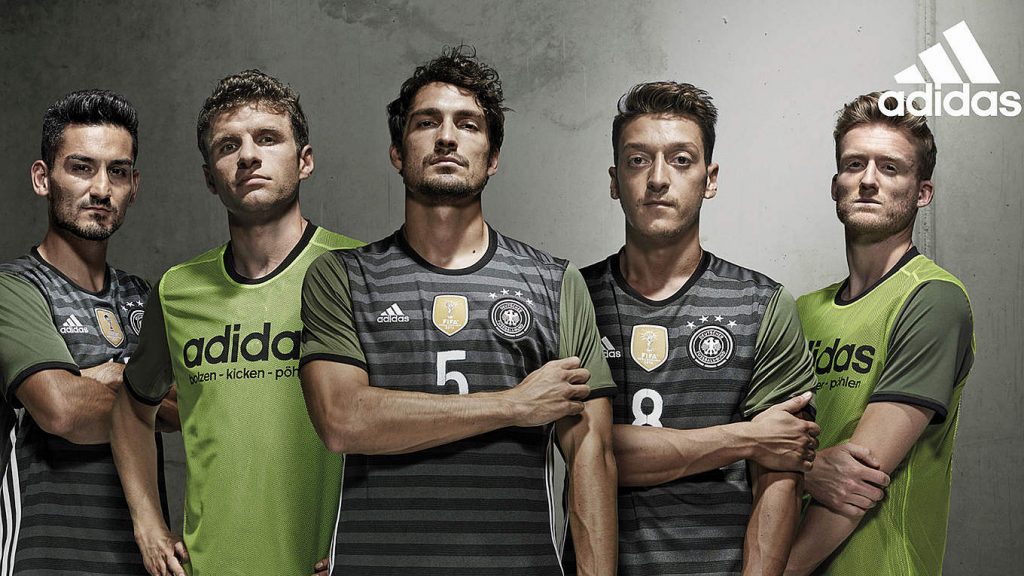 Adidas have extended its sponsorship deal with the German Football Association(DFB), according to German paper Frankfurter Allgemeine Zeitung (FAZ).

The new contract will run for four years from 2019 and Adidas, a German sports brand, will pay €50 million (39 million pounds) a year, which is thought to be double of the current deal.

Adidas pay around 25 million euros a year for its current contract and a press conference is expected to be held on Monday by Adidas and DFB to announce the details of their newly reached agreement.

US-based sports brand Nike provided stiff competition to Adidas for the newly proposed contract of the German FA but Adidas were quick to pounce before agreeing terms to extend their long-association with the footballing organization.

Nike and Adidas are engaged in a severe competition battle for dominance of the global football gear market, resulting in rise in sponsorship payments to elite European clubs.

Adidas represent a host of Bundesliga clubs as well, including Bayern Munich, who remain the most dominating German club in recent years following their fourth straight Bundesliga triumph last month.

Sport Bild reported last week that the renewed contract could cost Adidas around €65-70 million a year but it appears that Adidas have acquired a deal for much smaller figure despite facing severe competition.