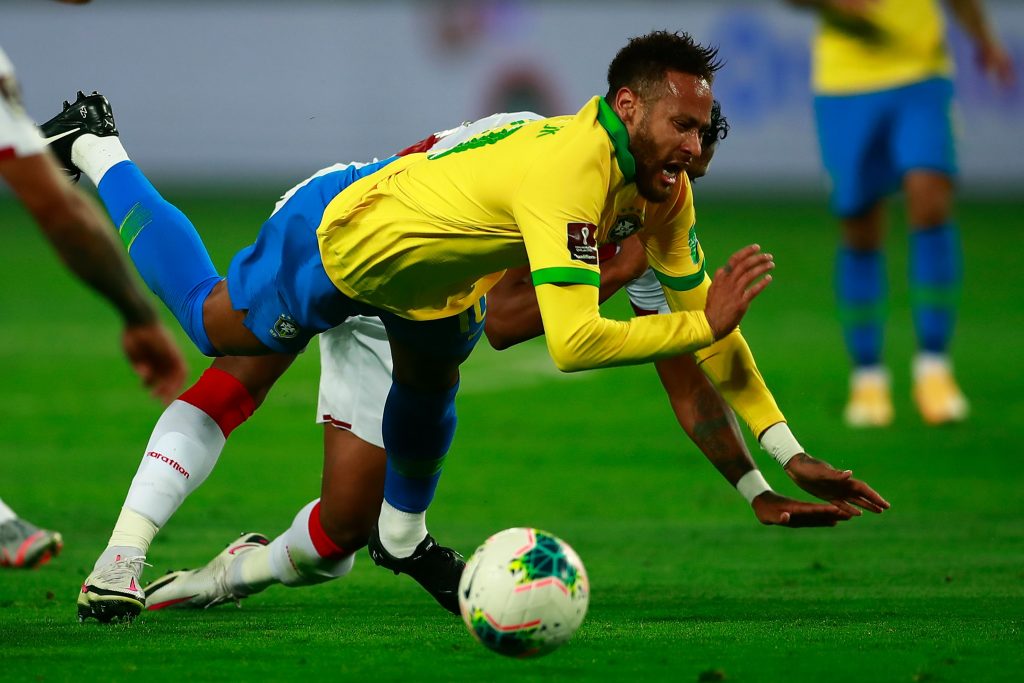 Modern football is a hugely lucrative business, with the top players able to earn staggering amounts of money during their careers.

With regards to overall earnings, Lionel Messi and Cristiano Ronaldo continue to be the highest-paid football stars in the world.

The pair have dominated the sport for more than a decade now and are extremely well rewarded for their on-field efforts.

A significant proportion of their income comes from endorsements, with big brands eager to associate themselves with two of the greatest players of all-time.

Read on as we take a look at how their biggest sponsorships compare with other money-spinning deals in the sport.

Neymar is currently third on the list of highest-earning footballers behind Messi and Ronaldo, but he is steadily closing the gap on the big two.

The 28-year-old recently moved to the top of the tree for individual sponsorships, penning a stunning £23 million per year deal with Puma after leaving Nike.

In addition to wearing Puma boots, the Brazilian star will work as a brand ambassador off the pitch and advertise lifestyle, training and sports-inspired footwear products for the company.

Neymar had been with Nike for the past 15 years, but he decided to sever his ties with the firm after failing to reach an agreement over a new deal.

More than a quarter of Messi’s annual earnings currently come from endorsements, with his long-term link-up with adidas providing the biggest chunk.

The Argentinian forward signed a deal with the sportswear firm back in 2017 which will pay him £18m per year for the rest of his life.

The deal is similar to the lifetime arrangement that Nike has in place with National Basketball Association (NBA) star LeBron James.

The six-time Ballon D’Or winner was the first footballer to release a sub-brand of adidas boots – the adidas Messi.

The collective value of Ronaldo’s endorsements is higher than any other footballer in the world, highlighting his enduring appeal with big brands.

Altice, DAZN, Herbalife, MTG and Unilever are amongst his many sponsors, but it his lifetime deal with Nike that is the most lucrative in his portfolio.

The Juventus and Portugal star pockets £15m per year from Nike, putting him in a similar bracket to NBA legend Michael Jordan.

As the most followed athlete on social media, Ronaldo’s popularity with global businesses is unlikely to wane for the foreseeable future.

Mbappe is the new kid on the block in terms of football earnings, but his potential from a sponsorship perspective is truly astronomical.

He signed a 10-year, £140m contract with Nike during 2019 that will feature exciting collaborations with basketball.

An Mbappe/James clothing line will provide a crossover into other sectors for each player and potentially inspire younger athletes to try different sports.

A future move to the Premier League with Nike-sponsored Liverpool could further enhance Mbappe’s global appeal and boost his future earning capacity.

Balotelli’s career has undoubtedly been a roller-coaster ride, with his enigmatic nature often leading to his displaying rather unpredictable behaviour.

His most productive spell was in Serie A with AC Milan from 2013 to 2014, during which time he bagged a 10-year deal with Puma worth £5m per annum.

However, a subsequent move to Liverpool failed to work out and he has generally struggled to live up to expectations since then.

The 30-year-old is currently a free agent after Brescia’s relegation to Serie B last season, and links with Watford will not be what Puma had in mind when they agreed the deal with Balotelli.