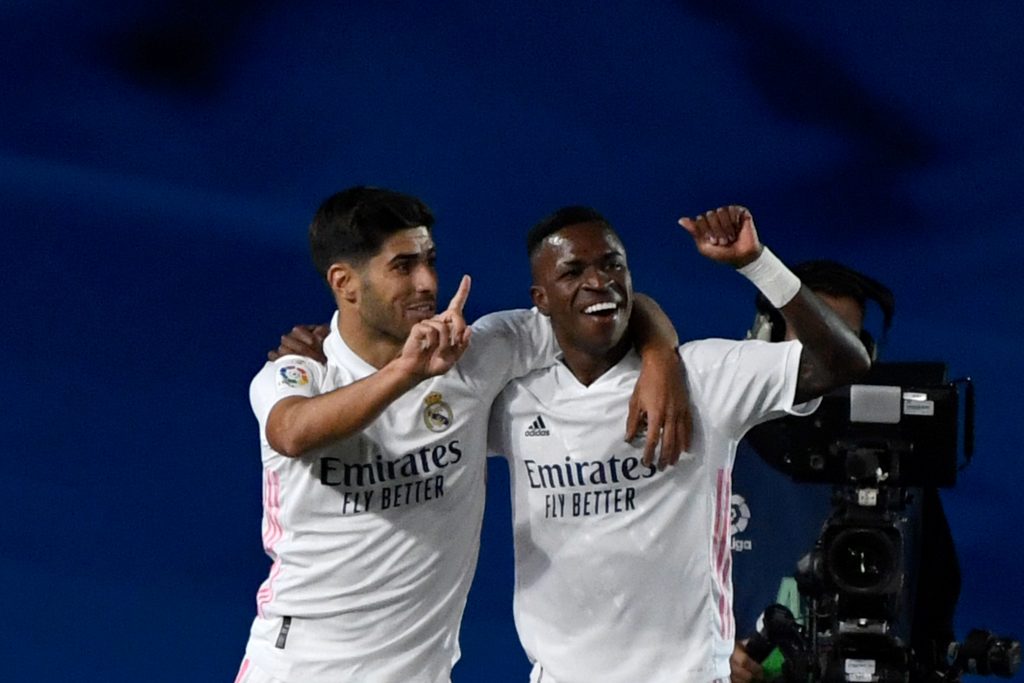 The global appeal of football makes it a hugely lucrative proposition for brands who are eager to showcase their goods and services.

Financial services, sportswear, gambling, airlines and automotive are amongst a plethora of sectors that have some form of financial link-up with the sport.

This has allowed clubs such as Real Madrid and Manchester United to become truly global brands that generate huge revenues on an annual basis.

Read on as we look at some of the biggest clubs in the world and the money-spinning sponsorship agreements they currently benefit from.

According to Forbes, La Liga giants Real Madrid are currently ranked as the most valuable football club in the world.

Their total revenue for 2018/19 was more than £665 million, with over 40 percent of that figure generated through commercial deals with their jersey sponsor Emirates and kit supplier adidas.

They signed a new 12-year agreement with adidas in 2019 that is worth a staggering £1.4 billion, highlighting their global appeal.

The departure of Cristiano Ronaldo to Juventus doesn’t appear to have negatively impacted Madrid, cementing the ethos that no player is bigger than the club.

Barcelona are not too far behind Madrid in the overall financial stakes, and their cause is helped by some eye-watering sponsorship deals.

Barca’s £100m-a-year deal with Nike runs until 2028, while a lucrative £47m per year deal with Rakuten as their main shirt sponsors keeps the cash tills ringing.

Both clubs have posted impressive commercial growth over the last decade – Barcelona +215% and Madrid +187%.

The Catalan giants have achieved some of their increases by taking control of its merchandising and commercial licenses in-house rather than having them contracted out.

The Red Devils signed a 10-year kit deal with adidas in 2015 that earns them at least £75m per year providing they qualify for the Champions League.

The club also has a seven-year shirt sponsorship deal with Chevrolet that is worth another £47m per year. This expires at the end of this season.

Aon, Kohler, Aeroflot, DHL, Konami and Canon are amongst numerous other big brands who have commercial deals with the Premier League giants.

United’s off-field success is built on their widespread appeal, with the club now estimating it has a global audience of around 1.1bn people.

Liverpool’s new kit deal with Nike has a base rate of £30m per season, but experts believe it could be worth more than £80m-a-year when factoring in add-ons.

The Reds also have a lucrative sponsorship with UK-based banking and financial services company Standard Chartered that runs until the end of the 2022/23 season.

Winning the Champions League and Premier League over the last couple of seasons will only serve to give Liverpool more bargaining power for future commercial deals.

City’s long-standing association with Etihad is set to continue beyond this season, thus ensuring that they will remain at the forefront of European football.

Etihad initially sponsored the club’s kit, before announcing a 10-year partnership in 2011 to include naming rights of the stadium and the surrounding campus.

The club’s annual £67.5m arrangement with the Abu Dhabi airline formed part of UEFA’s Financial Fair Play probe which led to them being banned from European competitions.

However, City vehemently denied any wrongdoing and subsequently won an appeal with the Court of Arbitration for Sport.