Arsene Wenger has insisted that perennially injured Abou Diaby could be given a new contract, provided the Frenchman proves his fitness.

The 28-year-old suffered a reckless challenge in 2006 against Sunderland and since then he has been hardly able to keep himself fit. Diaby has only made 22 appearances in the last four seasons and has only managed one appearances so far, in the Capital One Cup defeat to Southampton, but it is understood that he is nearing to full fitness. 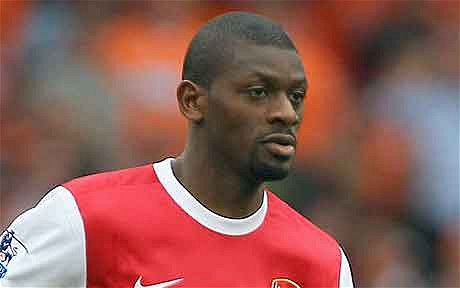 Wenger told BeIn Sport as relayed by The Guardian:

“Diaby hasn’t a mental problem but a problem of injury. He is a player for whom I have great respect. Whenever he returns, he is injured and he goes from zero. He was destroyed by a bad tackle.

“If he comes back, I will keep him. I always believed in him. In football, the most important thing is health.”

Wenger has shown great sympathy to his fellow midfielder but in a professional game where so many things are at stake, including club’s finance, one cannot help but think are Arsenal doing it right in keeping continuous faith in Diaby?

He is a good footballer, no doubt, and has the age on his side as well, but he is not doingany help to his team by picking up regular injuries at the moment. Why keeping faith in a player whose mobility has been restricted (as Wenger says) through injury? May be Arsenal should release him at the end of the season and bring in a young dynamic and physically imposing defensive central midfielder.