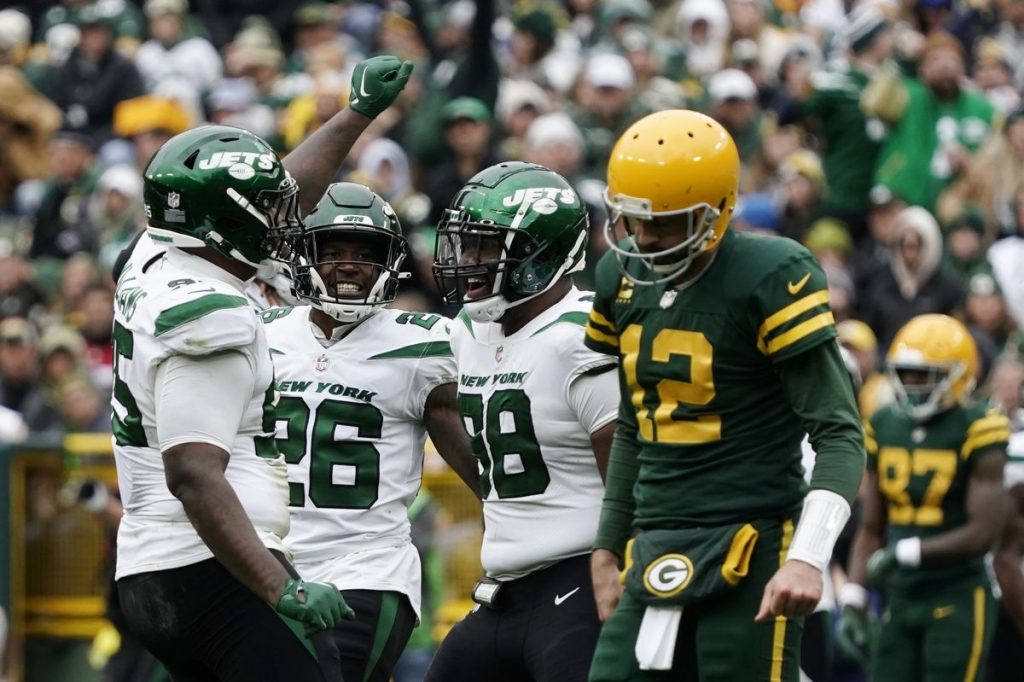 Aaron Rodgers has said that the Packers need to ‘simplify some things’ in offence, following a disappointing 27-10 loss to the Jets on Sunday.

The Packers really struggled to get going against the Jets on Sunday afternoon, with more questions being asked of the team’s offence after the side fell to 3-3 for the season.

One man looking to provide answers after the game was Aaron Rodgers, as the star QB  spoke after the game saying that his side just need to ‘simplify some things’ in offence to get back on track this season:

“Yeah, I don’t want to get too specific. I’m not attacking anything, I think based on how we’ve played the last two weeks it’s going to be at our best interest to simplify things for everybody.

“The line, the backs, the receivers, especially with [Randall] Cobb’s injury. Just need to simplify some things and maybe that will help us get back on track.

The @nyjets 17-point win over Aaron Rodgers at Lambeau Field matches the largest victory by ANY opponent there in a game where Rodgers played entire contest pic.twitter.com/Lps03l4gGn

Rodgers will have been frustrated with his teammates on Sunday as the QB was sacked four times during the Jets game, with the offence only rushing a bleak 60 yards through the entire the match.

Packers head coach Matt LaFleur will have a lot of offensive work to do in practice this week ahead of the game against the Washington Commanders next Sunday, as Rodgers and the Packers offence look to get back on track this season.