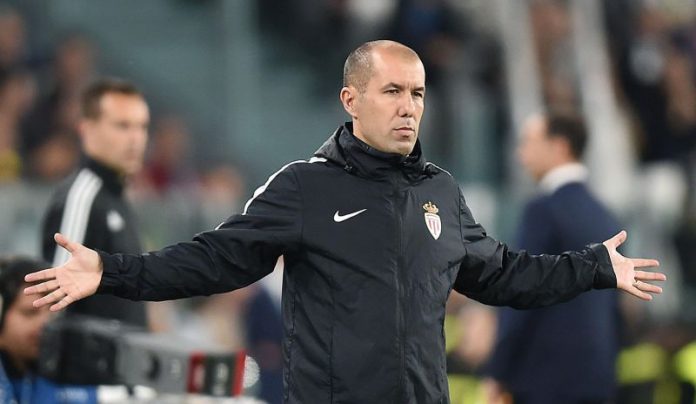 While it is being reported by the reliable David Ornstein that former PSG boss Unai Emery will be announced as the next Gunners manager this week, there is another experienced manager out there that would fit in quite well with the north London outfit.  Monaco’s Leonardo Jardim may not be well known all over the world, but he does possess the qualities that chief executive Ivan Gazidis wanted as Arsene Wenger’s successor.

During a press conference last month, Gazidis made it clear that the Arsenal brass wants to appoint an offensive-minded manager.  “It is important to me that we continue the football values that Arsene has instilled in the club,” Gazidis said.  “I want to see someone who can continue that for our fans, and our fans want to see that.  Someone who will continue to play exciting, progressive football, that gets people interested and excited in the games we play.”

Jardim certainly covers these values.  Below are four reasons why he would have fit in so well at the club, and continue to play similar football at the Emirates.

Trophies in the Cabinet

Jardim has collected three significant trophies as a manager since 2012.  During his time short time with Olympiacos, Jardim won both the Greek league title and cup despite being relieved of his duties before the season ended.  Following a short but successful time in Greece, Jardim went back to Portugal to manage Sporting.  During one season in charge of the club, Sporting finished second in the league, 25 points and five sports higher in the table than the Lisbon club finished in the previous campaign.

After taking Sporting back into the Champions League for the first time in four years, Jardim was made manager of Monaco.  The then 39-year-old took over a team that had previously gone on a spending spree the season before.  Along with balancing the books, Jardim also brought Monaco a surprising Ligue 1 title during the 2016/17 season.  Along with the title, Monaco is one of only two French clubs (PSG) to finish inside the top three of the table in each of the last four campaigns.

Can Work on a Budget

As previously mentioned, Monaco have gone through a bit of a change in financial philosophy since the arrival of Jardim.  In the season prior to his appointment, Monaco boss Claudio Ranieri spent around €160 million on players such as James Rodriguez, Falcao, Joao Moutinho, Geoffrey Kondogbia, Lacina Troare, and Anthony Martial.  Despite the sudden burst in spending, Jardim implemented a drastic change in the club’s transfer policy.

According to Transfermarkt.com, Jardim has recorded a net spend of about -€180 million during his four seasons in Monaco.  This surplus of money brought into the club was fueled by sales of Benjamin Mendy, Bernardo Silva, Tiemoue Bakayoko, Layvin Kurzawa, Yannick Carrasco, and the aforementioned Rodriguez, Martial, and Kondogbia.  Kylian Mbappe’s move to PSG is not included in this figure due to the Frenchman technically being on loan at the Parisian club this season.  Despite the amount of players being sold, Jardim has still kept Monaco in a Champions League position in all four years he has been with the team.  Recent reports suggest Arsenal also have a limited amount of transfer money available to their next manager.

Not only can Jardim handle money/transfers extremely well, but he also likes to focus on developing young talent as well.  This is something that Wenger has previously done well at Arsenal for over two decades.  During his four years in Monaco, the average age of incoming transfers has been 22.  In fact, the average age of the predominate starting XI for Monaco’s title winners in 2016/17 was just 24.  The Portuguese manager has aided youngsters such as Thomas Lemar, Fabinho, Dijbril Sidibe, and the plethora of aforementioned players that have subsequently moved on to other clubs.

Monaco have slowly turned into an offensive powerhouse under Jardim.  After scoring just 51 Ligue 1 goals in his first campaign with the club, Monaco have scored an impressive 249 league goals over the last three seasons (only outdone in France by PSG).  That is an average of 2.2 goals per league match during this stretch.

Jardim does not necessarily deploy a single formation and stick to it.  While he did previously implement a 4-4-2 during Monaco’s title run, he has since gone with a 4-4-1-1 or even a 4-2-3-1 at times this season.  Although the club has felt the departures of five key players during last summer’s transfer window, Jardim has still managed to get 85 Ligue 1 goals out of his current roster this season.  Monaco are also somewhat offensively stylistically similar to Arsenal in a few different ways.  Both clubs utilize short passes rather than long balls, have similar pass percentage numbers, and have a relatively low amount of goals from outside of the box.