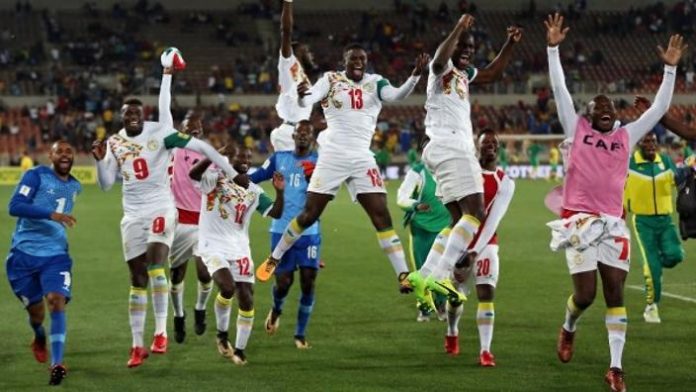 Group H contains none of the big pre-tournament favourites but it does feature sides with World Cup pedigree and will offer an intriguing clash of styles from four corners of the footballing world.

It also includes stellar names such as Colombia’s James Rodriguez ,who lit up the last World Cup in Brazil, and Robert Lewandowski of Poland – a striker with a fearsome record and reputation on the international stage.

Colombia look to have the most-talented squad in the group but Los Cafeteros will be hard pushed to replicate their quarter-final appearance at the 2014 tournament.

The form of their attackers is inconsistent and Jose Pekerman’s side have been criticised for being too reliant on Rodriguez. At least the gifted playmaker seems to have rediscovered his best form at Bayern Munich

A settled Poland squad travels to Russia with only a few changes from the team that progressed to the quarter-finals of Euro 2016, yet expectations are realistic.

The Poles will be hopeful of progressing to the knockout rounds but know they will need key players to stay free from injury if this is to be the case.

2002 was the last time Senegal appeared at a World Cup but they certainly made their mark, stunning France in the competition opener.

Their current manager Aliou Cisse was in the team that day and knows that a similar tenacious work ethic and team spirit will be required for his side to escape the group.

Japan are a regular name at World Cups now, arguably due to the quality of their qualifying opponents.

The Blue Samurai reached their sixth successive World Cup by once again blowing away their Asian competition but are aware that Group H will provide a much sterner test.

In what should be an enthralling and tight pool, Colombia’s individual talent should just give them the edge.

Aside from the mercurial Rodriguez, they also have Radamel Falcao in their ranks. The former Manchester United and Chelsea man has rediscovered his form with Monaco this year and has a fantastic goal-to-game record for both club and country.

There is strength in depth too, with some of the reserve attacking options also on the books of big European clubs. Add to this some experienced defenders and the South Americans look the best equipped side in the group.

Sixteen years on from their last outing on the biggest stage, Senegal have a new crop of players ready to make an impact.

The Africans have speed and power in abundance but enough top-quality players to ensure they will not relay on athleticism alone.

Kalidou Koulibaly rejected France t0 represent the country and is regarded as one of European club football’s best defenders. If the Napoli man can keep the high-profile attackers of Poland and Colombia quiet, Senegal could sneak through.

The fixture that will see the group’s two big attacking talents go head to head when club team-mates Rodriguez and Lewandowski meet.

Colombia will expect to have points on the board by the time the game comes around as they are due to play Japan first, so will be looking to secure qualification.

Poland will hope to have avoided an upset against Senegal in their opener and will then be able to take control of the group by edging out Jose Pekerman’s side.

Something of a late bloomer, Barrios at the age of 24 has finally displayed his best form for Boca Juniors in Argentina.

He is not guaranteed to start but is pushing hard to displace more-experienced names. Could land himself a move to Europe if he impresses at the tournament with his combative and busy style in midfield.

Japan will be hoping not just to make up the numbers but they look short on ability compared to the other three sides.

Their manager Akira Nishino is still bedding-in and their better players are getting on in years, meaning they are likely to finish bottom but are still capable of shocking one of the other teams.

Belgium and England likely await the two that progress and it looks like a three way fight for the knockout places.

Senegal will ruffle plenty of feathers but tournament experience should just see the Colombians and Poles through in first and second respectively.