Ever since Robin van Persie dramatically sealed a 3-2 win for Manchester United over arch-rivals Manchester City at the Etihad back in December, the title race has been effectively over.

Admittedly that win only put Sir Alex Ferguson’s side six points clear at the time, but there was just a sense that it was a very key moment in the season, and so it proved to be. 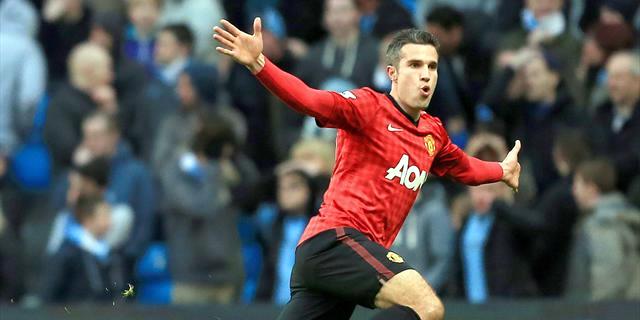 With the gap now more of a chasm, following City’s loss at Everton and United’s defeat of Reading at the weekend, some might assume that United have swept all aside with ease this season, producing far better football than their rivals throughout the campaign.

Although you have to be a very good side to win the Premier League by this current margin, the main reason for their imminent success is the strength of their squad and the faith that Ferguson instills in each of his players.

When you look at the other top teams this season-City, Chelsea, Spurs, Arsenal, Everton and Liverpool – they simply can’t replace like-for-like in the way Manchester United can.

Barring perhaps Van Persie, who has won them countless important games this season, anybody else in the squad could get injured and they would not be hugely missed. Their replacement will do at least a solid job, if not make a key contribution to the game.

Anders Lindegaard would fill in for David De Gea with ease; Chris Smalling and Alex Buttner are very good replacements at full-back; Nemanja Vidic, Jonny Evans and Rio Ferdinand rotate all the time without an issue.

Phil Jones is becoming an excellent utility man, while the experience of Paul Scholes and Ryan Giggs is invaluable from the bench in place of the likes of Michael Carrick, Tom Cleverley and Shinji Kagawa.

Out wide, Antonio Valencia, Nani and Ashley Young may not be world-class but they are all talented, dangerous players who Ferguson knows he can rely on whether they start or come off the bench. If Wayne Rooney gets injured then Danny Welbeck and Javier Hernandez are both terrific, effective options who would walk into a lot of sides in the Premier League.

It’s a squad full of goals, experience, youth and the ability to dig deep and win even when the team is playing poorly, which has been common this season. The 1-0 win over Reading is a classic example of this.

It was a game that will not be remembered by United fans in five years time, but they got the job done and earned the three points. Their rivals would probably have drawn that game 0-0 and lost two valuable points in the process.

So what of Manchester United’s rivals lack of strength in depth? Where are they particularly lacking in comparison to the soon-to-be 13-time Premier League champions?

When everybody is fit, City have a better starting 11 than United in my opinion, but their replacements are not nearly as reliable when it comes to influencing a game. The defeat to Everton highlighted this perfectly.

With Yaya Toure, Sergio Aguero and Samir Nasri not in the side, the side looked horrendously lacking in creativity, with players including James Milner, Gareth Barry and Javi Garcia all efficient but distinctly average. 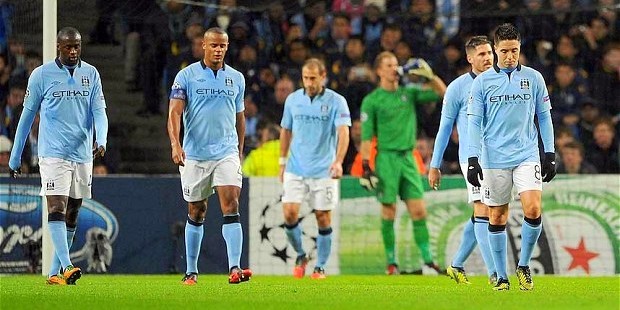 Roberto Mancini’s side have put up a really poor defence of their title this season, and while they can argue that injuries to key players have played their part, the truth is their replacements are not good enough.

If United had been without Carrick, Rooney and Van Persie away to Everton, for example, the probable replacements would have been Giggs, Welbeck and Hernandez, and they would’ve won the game still.

Like City, when everyone is fit Chelsea have a very formidable looking team. However, they have been far too reliant on Juan Mata all season, and their squad doesn’t have the depth to be able to rotate it with the ease Ferguson can.

They only have two proper strikers, one of whom is in shocking form and doesn’t look like he will ever recapture his former brilliance. Once the talented trio of Mata, Eden Hazard and Oscar are taken out of the side, their deputies, Victor Moses and Marco Marin, are nowhere near their level.

Like the other teams around them, you feel that if a couple of key players are missing for a game away to Sunderland, for example, the likelihood is they won’t win. As I keep reiterating, this is the huge difference between everyone and Manchester United.

Andre Villas-Boas has actually been praised for creating a strong squad at Tottenham this season, but I’m not so sure. Like many teams, they have been hugely reliant on one player, in their case the scintillating Gareth Bale. He has rescued games for Villas-Boas when he has been seconds from disappointment and abuse from the home support.

Spurs seem particularly lacking in attack. Jermain Defoe is a very good first-choice striker but behind him there is not a lot else. The increasingly erratic Emmanuel Adebayor is a liability, while Clint Dempsey has looked out of his depth.

Midfielders like Gylfi Sigurdsson, Jake Livermore and Lewis Holtby are all good players but are they really the sort that will come off the bench and help win you crucial games? 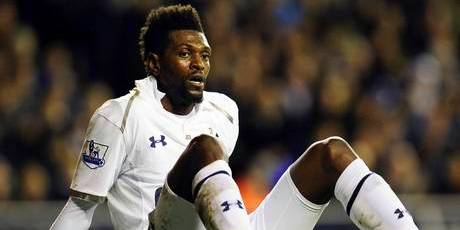 In fairness, they have good cover in goal and in defence but it’s the goals and creativity where they are lacking in reserve if Bale, Defoe and Aaron Lennon are injured or not playing well.

Back in the Invincibles era, Arsenal were just like United. It didn’t matter if a player got injured because you just knew the player coming in to replace them would go a great job.

If Patrick Vieira or Gilberto were unavailable, Edu was a very good addition; if there was no Robert Pires or Freddie Ljungberg there was Ray Parlour or Jose Antonio Reyes to fill in; even Thierry Henry and Denis Bergkamp could be replaced effectively by Sylvain Wiltord.

Their three best attacking players are Jack Wilshere, Santi Cazorla and Theo Walcott, and if they don’t produce or are injured they invariably struggle.

Saturday’s win over Swansea was, in fairness, a very United-like victory, winning 2-0 with late goals from players not normally key to their success. But even the most passionate Arsenal fan must admit these results are rare these days.

To put it bluntly, Arsene Wenger has a weak squad. Like a lot of the top teams, defensively they have a quite a lot of depth, except in goal, but it is in midfield and attacking areas that they are nowhere near Manchester United.

The Merseysiders have done exceptionally well given their lack of funds, but their season has just dipped in the last month or two. Tiredness to key players and a lack of squad depth are the reason behind this. 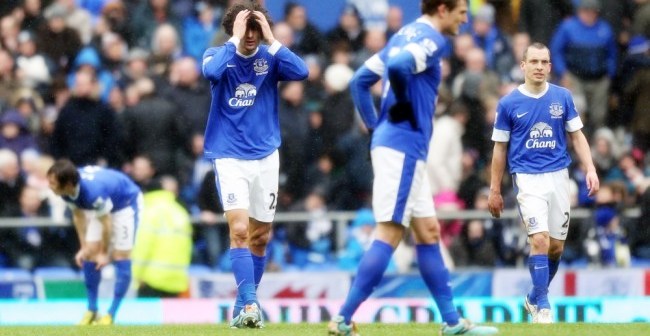 When they have the likes of Phil Jagielka, Leighton Baines, Marouane Fellaini and Nikica Jelavic firing on all cylinders they are a match for anyone, but once they’ve lost form or got injured, cracks have appeared. It would be hard to pick a good second-choice 11 for Everton such is their wafer thin squad.

The final two months of the season will be a huge test of Everton to see how their squad copes, but if a player of the importance of Baines or Fellaini picks up an injury, it’s lack of depth could be badly exposed.

Without Luis Suarez this season it’s frightening to think where Liverpool might be in the Premier League table. Relying too heavily on one player has been a pattern at Anfield for about a decade, firstly with Steven Gerrard for many years and now Suarez.

Although the arrival of Daniel Sturridge and Coutinho has helped add another dimension to the side, there are still too many players on the bench not pulling their weight. Saturday’s woeful defeat at Southampton showed up Liverpool’s need to strengthen their squad hugely.

Brendon Rodgers swapped Lucas and Jamie Carragher – two players key to their recent good form – for Joe Allen and Martin Skrtel, and the results were disastrous. Allen was bulled in a vital area of the pitch until he was replaced at half-time, while Skrtel is looking a shadow of the player he was earlier in the season.

United just don’t have performances like this when they make two changes. They can make 11 changes and still win with ease.

Rodgers’ side have shown signs that they are becoming a very good side, but the key to a very good side is consistency, and they have none of that yet. They must bring in 3 or 4 top players in the summer in place of several weaker ones in order to mount a top-four challenge next season.

When Manchester United lift the Premier League trophy in May they will be deserved champions and will rightfully earn plenty of plaudits for what has been a dominant campaign. This is, however, far from United’s best side over the last 20 years but their resolve, experience and, most crucially, squad depth are admirable.

As for their rivals, while they might not be far behind Sir Alex Ferguson’s side in terms of their strongest starting 11, they seriously need to improve the standard of their replacements.

Follow me on twitter: @henryjackson87. I write for Goal.com and Soccerlens.com. Read more of my musings at www.OnFootball.co.uk.