Arsenal emerged from the Community Shield against Chelsea with a 1-0 victory, their first win against a Jose Mourinho team in 14 attempts. The Gunners are going into the Premier League season high on confidence, and breaking their hoodoo against the defending champions will give a massive boost to their already-bloated levels of self-confidence.

The game was decided by a solitary goal by Alex Oxlade-Chamberlain in the 24th minute. The Englishman did no harm whatsoever to his ever-growing reputation, beating one of the best full-backs in the league in Cesar Azpilicueta before unleashing a left-footed bullet into the top-corner. 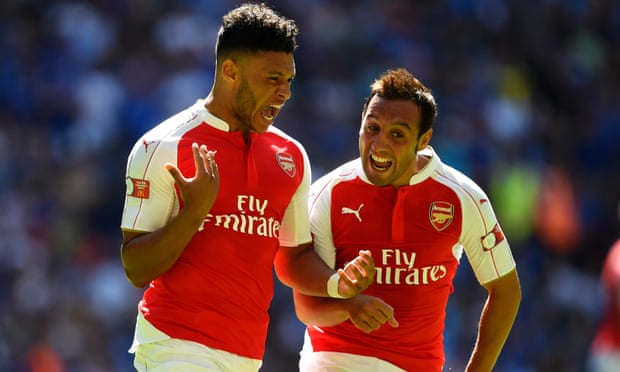 Chelsea had some great chances to get back into the game but Ramires and Eden Hazard failed to make Petr Cech work. The only save the ex-Blues goalkeeper had to make against his former club was to deny Oscar from a free-kick.

Arsenal used a gameplan which Chelsea have employed so successfully over the years. After taking the lead, the FA Cup champions sat back and shut up shop at the back, allowing Chelsea ample possession in midfield and then trying to hit them on the counter-attack.

The Blues were without Diego Costa, who was out with a hamstring problem, and looked clueless for large parts, especially in the first half. Cesc Fabregas failed to get control in midfield without the striker making runs in behind, while Eden Hazard was well marked.

The second period was different, and Chelsea dominated throughout, but some poor finishing let them down in the end.

A Community Shield win is not something a club would usually remember for too long, but this victory over Chelsea is symbolic for Arsenal in many ways. They have endured years of heartache in their ties against Mourinho, and the Portuguese has reminded them of this fact at every possible opportunity. Getting one over their big rivals will certainly seem sweet at the moment. 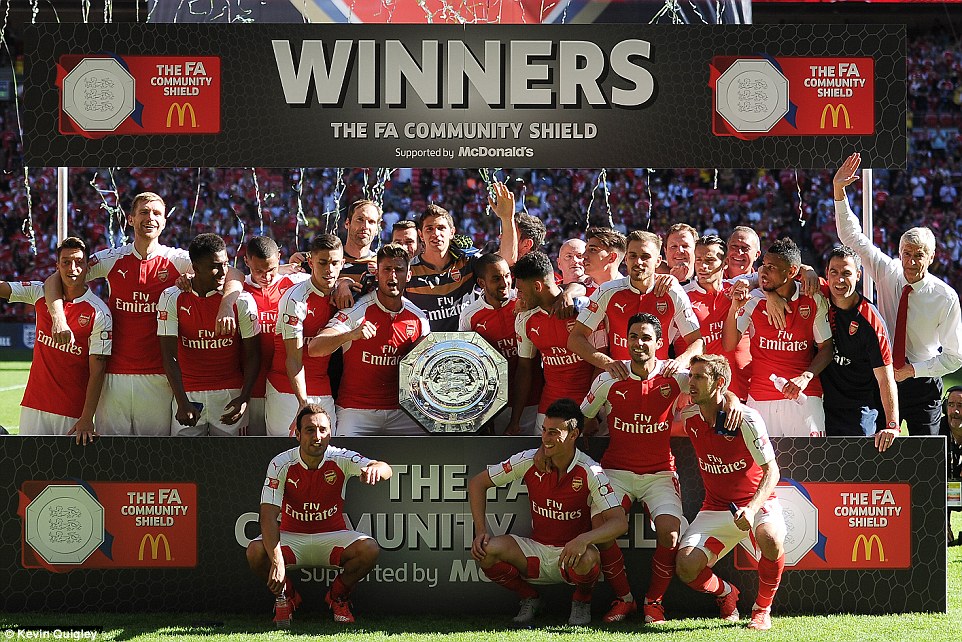 But the big test is still come, and Arsenal’s title credentials will be severely tested when they take on the big sides in the season proper. Their trip to Stamford Bridge in mid-September will be a much better indicator of their progress, and of whether they have actually nullified the psychological advantage held by the Blues.

The Gunners’ defence looks much stronger than before, and the fact they were able to hold on for over an hour against the champions after scoring will give the manager a huge lift. A better conversion ratio for the Blues would have certainly seen the match turn out differently, but football is not built on if’s, but’s and maybe’s anyway.

Wenger and Mourinho refused to shake hands at the end of the game, and that saga is set to go on in the foreseeable future. On the field though, Arsenal will feel like they are real challengers for the title after yesterday’s result.

It would be wrong to pass an absolute judgment based on one game. The North Londoners are very much a form team and are riding high at the moment. But once they hit a blip, they have tended to implode in the past. The quest for their first Premier League since 2004 will be full of up’s and down’s, and it is how they deal with the latter that will matter in the end.