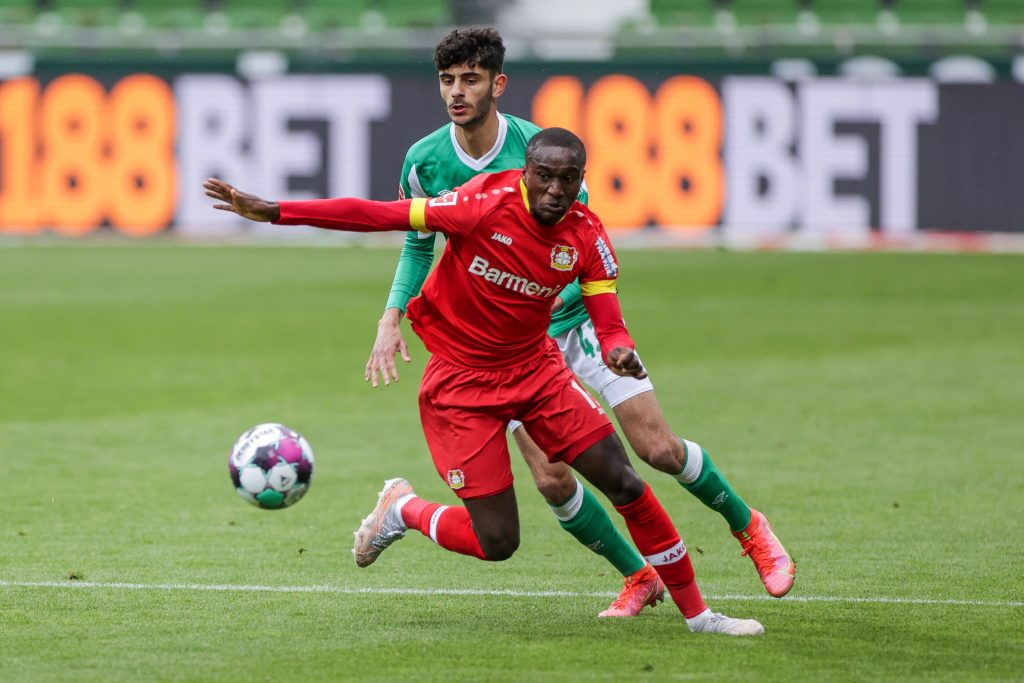 The Toffees want to challenge for a top-six finish next season and are looking to bolster their squad for the mission ahead.

They have already gotten in touch with Diaby’s representatives, and the first feedback from the 21-year-old is said to have been positive.

The Frenchman has bagged 10 goals and 13 assists in 41 appearances across all competitions this term, and he has what it takes to help improve Everton in the final third.

Diaby can play on both wings and behind a striker, and such versatility would be a welcome boost for Ancelotti’s side if a move works out.

He has four years left on his current contract at the Bundesliga club, and Everton may have to break the bank to tempt them into parting ways with one of their most important players.

The former Paris Saint-Germain man bagged six goals and seven assists in 32 games across the Bundesliga and Europa League last term. He will be keen to continue playing European football if he leaves Leverkusen this summer.

Everton have to win all their last three games of the campaign and hope that Liverpool, West Ham United and Tottenham Hotspur drop points to have a chance of playing in the Europa League in 2021-22.

A poor run of form at Goodison Park has hurt their chances of challenging for the top-six this term, and they will need to land quality players like Diaby to improve.