The first North London derby of the 2014-15 season takes place in Saturday’s evening game with Arsenal the hosts.

Arsène Wenger’s side won all three meetings against rivals Tottenham Hotspur last season which included a 2-0 victory in the third round of the FA Cup.

Both these sides are at home in Europe the following week but there’s no doubt they will be fully focussed on the Premier League action first. The Gunners host Galatasaray on Wednesday whilst Spurs host fellow Turkish opponents Beşiktaş the following night.

Arsenal are certainly worse on the injury front between these two, especially in defence. Theo Walcott has not recovered from the knee injury he picked up in January in his side’s FA Cup victory over their rivals.

Tottenham haven’t won a Premier League game in over a month since thrashing Queens Park Rangers 4-0 at White Hart Lane to make it two out of two to start the season. They have since lost at home to both Liverpool and West Brom and been held 2-2 at Sunderland.

Arsenal head into this match off the back of a 3-0 win over Aston Villa last weekend and are still unbeaten. They are four points behind leaders Chelsea at the start of the weekend and one point off second place.

Arsenal are without Nacho Monreal at left-back and Mathieu Debuchy at right-back which means the four experienced defenders pick themselves. Theo Walcott is not ready to return just yet but Mathieu Flamini is after a dead leg ruled him out of the last two games. Yaya Sanogo is also out injured and Olivier Giroud is out for the long-term.

Kyle Walker is the only player unavailable to Mauricio Pochettino. Eric Dier has started every game at right-back in his place this season. 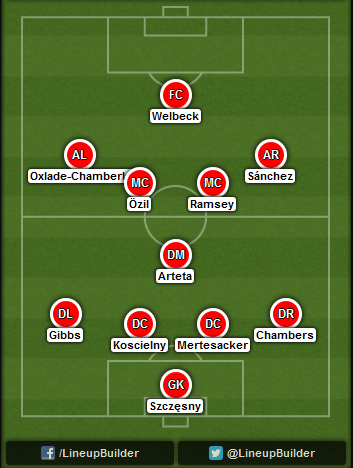 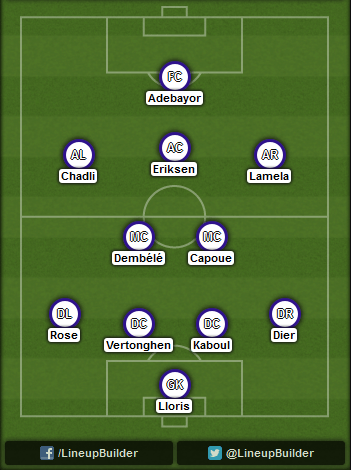 Mauricio Pochettino has Jan Vertonghen back in a defence that has looked very shaky this season. Expect the Belgian centre-back to partner either Younès Kaboul or Vlad Chiricheș. The former is the club captain. Vertonghen could potentially be moved to left-back at the expense of Danny Rose who is not a good defender.

Danny Welbeck vs Younès Kaboul
The Arsenal striker opened his account last weekend in his side’s away victory. Danny Welbeck has got himself into a number of goalscoring positions in the three games he has played since leaving Manchester United on transfer deadline day. Tottenham have conceded six goals in their last three Premier League games and Younès Kaboul looks vulnerable in the centre of that defence. Jan Vertonghen is fit to return to partner either Kaboul or Vlad Chiricheș this weekend but even then you’d expect the England international to find himself in good goalscoring positions.

Mesut Özil vs Étienne Capoue
Tottenham’s holding midfielder is receiving praise across the internet for his ability to complete short distance passes inside his own half. Étienne Capoue’s role will be focussed on keeping Arsenal’s number 10 quiet if he wants to receive praise at the end of this match. Mesut Özil showed his manager what he can do when playing in his natural position last weekend in scoring a goal with a run down the middle and then assisting one from Danny Welbeck (albeit down the left-hand side). This Tottenham defence has looked vulnerable of late and the German World Cup winner has the ability to unlock it.

Christian Eriksen vs Mikel Arteta
One of Arsenal’s noticeable weak point this season has been the protection in front of the back four. Or lack of. Last weekend they kept their first Premier League clean sheet of the season in what was match number five. Christian Eriksen is Tottenham’s playmaker in the middle and has been playing well of late without a great lack of final product. He has Erik Lamela out wide, Emmanuel Adebayor up front and Nacer Chadli on the left wing with three goals to his name already this season to pick out. Mikel Arteta is not the best in a defensive role.

Prediction: Arsenal 2-1 Tottenham
Arsenal seemingly always win this fixture and we think the home side have another three points on the way this weekend. Mauricio Pochettino is without a win in his last four league games and the defending has not been great. Whilst Arsenal do have some defensive concerns of their own we think they can control the midfield and break down the Tottenham defence to collect three points in this one.