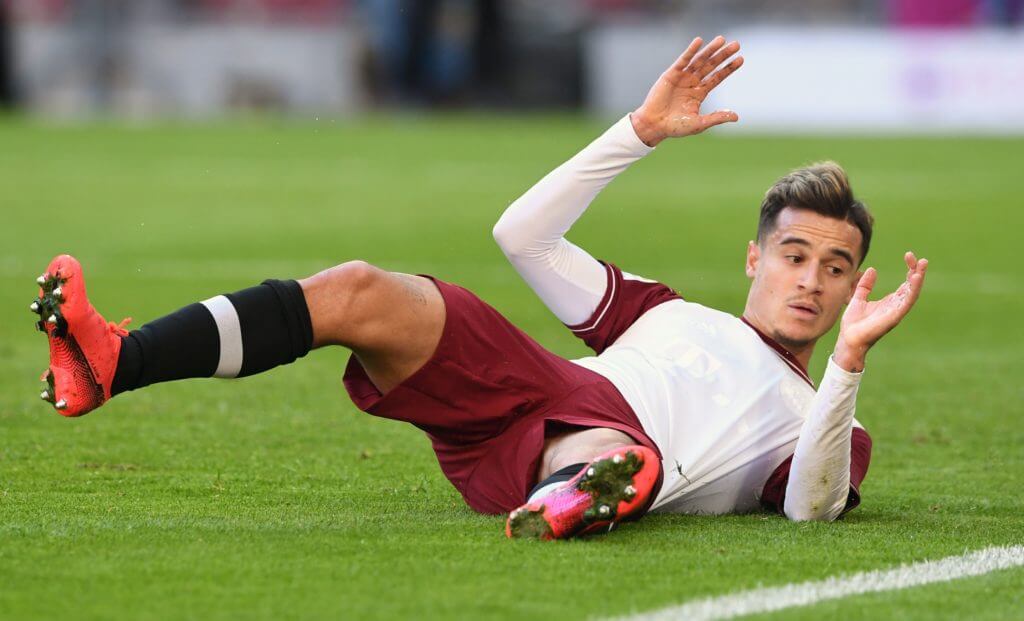 Arsenal manager Mikel Arteta is understood to be keen on signing Philippe Coutinho from Barcelona during this summer’s transfer window, a report from Le 10 Sport claims.

The Brazil international is presently on a season-long loan at Bayern Munich where he has bagged nine goals and eight assists across all competitions.

He is, however, expected to return to the Camp Nou at the end of the campaign as the German outfit no longer possess the option to buy him on a permanent basis.

As per Le 10 Sport, Arteta remains a huge admirer of the ex-Liverpool man and he dreams of the prospect of landing the playmaker’s signature.

The same outlet claims that the Gunners are prepared to open negotiations with the player’s agent, Kia Joorachian over a possible summer deal for the 27-year-old.

The north London side are likely to work on a limited budget and they may not be able to afford the Blaugrana’s £72m plus price tag for Coutinho.

A loan deal could be a possible option for next term but even then, the Spanish champions may demand an obligatory buy clause to be included.

With Mesut Ozil’s career seemingly on a decline, Coutinho could be an ideal replacement in the number 10 position for the Gunners on a long-term basis.

Still, the Brazilian may need some convincing to join the club, given he is said to prefer a move to Chelsea in the next transfer window.

Champions League football could play another role in the player’s decision and as things stand, the Gunners are set to miss out on the competition for a fourth straight season.