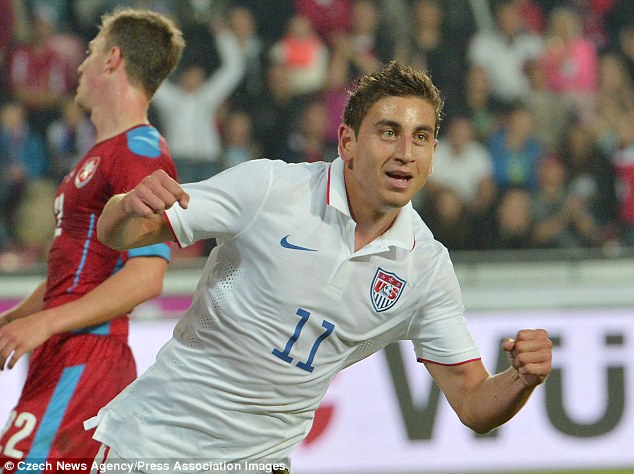 The USA beat the Czech Republic 1-0, in a physical match.

The U.S. first half goal from Alejandro Bedoya would prove to be enough for the Yanks to beat the Czech Republic 1-0 on Wednesday, in a game that combined for 31 fouls in Prague.

In the first half the United States dominated the match, and they stunned the more experienced Czech’s by taking the lead at the 39 minute. Mix Diskerud stole the ball away from the defender, and he ran the ball into the heart of the penalty box. The Norwegian/American took a low hard shot towards the bottom left hand side of the net, but the 32-year-old goalie Petr Cech saved the shot.

However, Bedoya would find himself at the right place as he made a run into the left hand side of the box. He wasted no time and took a low hard shot into the bottom of the net to give the Stars and Stripes the 1-0 lead.

The U.S. would continue their pressure for the rest of the half; with the speedy left wing forward Joe Gyau running down the field showing his speed and strength in his first senior national team game.

In the second half, the Czech Republic came to life and began to launch attacks left and right on the young USMNT defense. The Czech’s took advantage of the six substitution U.S. head coach Jürgen Klinsmann made in the early stages of the second half, introducing 18-year-old midfielder Emerson Hyndman and 23-year-old defender Greg Garza to the senior USMNT level.

In result of the new players the Czech’s began to expose them by completing 81% of their passes and took 10 shots on the Yanks. Brad Guzan started the match in goal for the Red White and Blue, and he only made one save in the first 45 minutes. However, Nick Rimando in the second half was called into action several times, and made four saves to keep this young U.S. squad ahead in Prague.

Even though the young Yanks looked shaky at times in the second half, they would hold on to win the game on the road, and get their first victory against the Czech Republic in the process.

Highlights to this match can be seen on this link http://youtu.be/Yf2L7ql8xaI, video provided by USSoccer.com and NBC Sports.