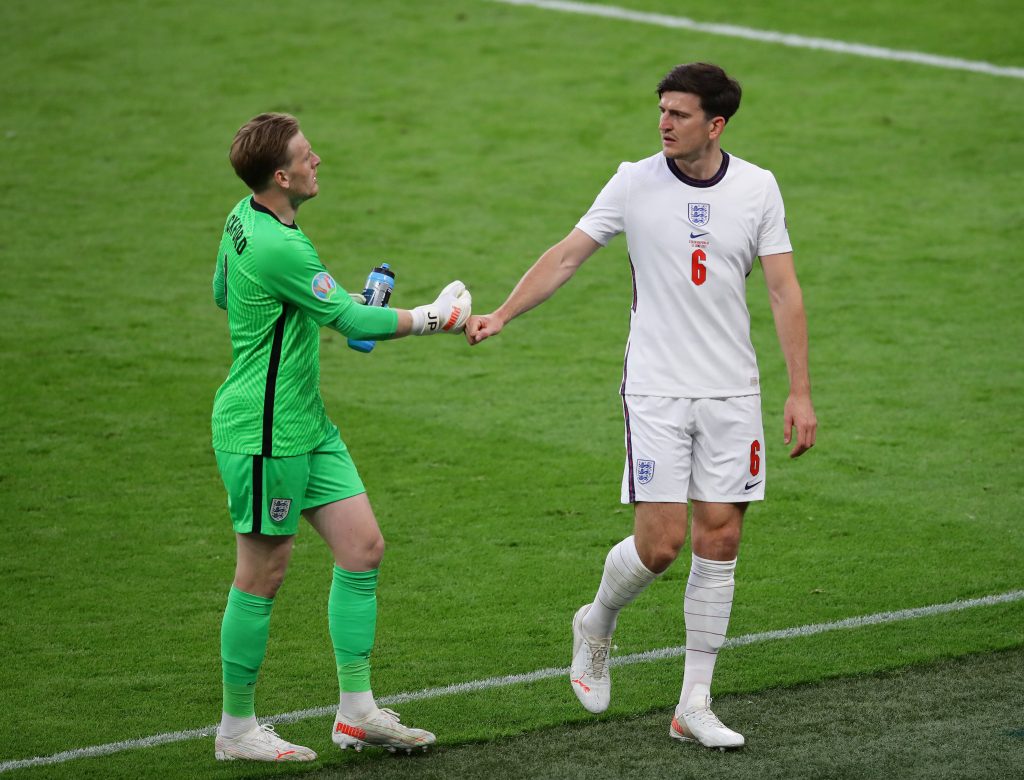 With the groups stage done and dusted the knockout rounds of Euro 2020 begun, and the round of 16 certainly didn’t disappoint.

Here are our picks for the best XI from the round of 16.

Jordan Pickford (GK) – England’s goalkeeper position has been the subject of debate for a while now, with many of the fans preferring the likes of Nick Pope and Dean Henderson over the Everton stopper.

However, Gareth Southgate stuck with Pickford and has been rewarded for his faith. Against Germany, the 27-year-old was on top of his game, making crucial saves to deny Timo Werner and Kai Havertz at 0-0.

Cesar Azpilicueta (RB) – In truth, the options at right-back were fairly slim, with no one in particular standing out.

Despite conceding three goals, Azpilicueta was fairly impressive from the right side of defence. He put Spain 2-1 ahead in the second half, nodding home from close range after Ferran Torres’ cross.

Tomas Kalas (CB) – Netherlands were the top-scoring side in the group stages, netting eight in their three fixtures. It was to be a tough test for the Czech Republic backline.

But they managed to keep a clean sheet, and Kalas was an influential part of it. On top of this, he grabbed himself an assist for the opening goal.

Harry Maguire (CB) – England’s game plan at the tournament has been built around defensive solidity, and it has so far worked. The Three Lions are still yet to concede a goal in the competition.

On Tuesday, it was Maguire who stood out among the English defence. The Manchester United captain won several headers and tackles while making several clearances to repel the German forwards.

Thomas Vermaelen (CB) – Many people may have wondered how a 35-year-old Thomas Vermaelen, who has played his football in Japan for the last two seasons, is still appearing at major international tournaments, especially for one of the favourites.

In the round of 16, he proved exactly why. The former Arsenal and Barcelona centre-back was rock-solid against Portugal, keeping a clean sheet and silencing Golden Boot leader Cristiano Ronaldo.

He was a constant threat going forward while handling Gareth Bale very effectively. He made it 3-0 towards the end, cutting inside and burying one into the top corner.

Granit Xhaka (CM) – Xhaka is a player that tends to divide opinion, especially in the Arsenal camp. However, in the round of 16, he was magnificent.

Up against the world-class duo of N’Golo Kante and Paul Pogba, Xhaka more than held his own. It was his tackle and through ball in the 90th minute that led to Mario Gavranovic’s equaliser, as Switzerland pulled off a shock to knock France out.

Tomas Holes (CM) – From one surprise win to another, as Czech Republic eliminated Netherlands in the first knockout round. Holes was an influential part of the victory.

He helped combat the class of Frenkie de Jong and Georginio Wijnaldum in the Dutch midfield, and also grabbed himself a goal and an assist.

First, he headed in from close range to put his side ahead, and then he set up Patrik Schick after some brilliant work to dispossess Wijnaldum.

Oleksandr Zinchenko (CM) – Given that he’s played as a left-back for most of his career at Manchester City, it can be easy to forget that Zinchenko is primarily an attacking midfielder.

He reminded us all just how good he can be there with a star performance against Sweden. He opened the scoring in the 27th minute, and put in an inch-perfect cross for Artem Dovbyk to win it right at the death.

Kasper Dolberg (ST) – With Yussuf Poulsen out injured, Dolberg had big shoes to fill up front for Denmark. It’s safe to say he coped with the expectation.

The Nice forward opened the scoring in the first half with a fabulous curling effort from the edge of the box that found the bottom corner.

And early in the second half, he doubled his personal tally, smashing in at the near post after some poor Wales defending.

Haris Seferovic (ST) *PLAYER OF THE ROUND* – World champions France are renowned for being strong at the back and hard to beat. So it came as a huge surprise when Switzerland managed to stick three past them.

Seferovic had a huge impact on the game, causing all sorts of problems for the French centre-backs. First, he rose above Clement Lenglet to plant his header into the bottom corner to make it 1-0.

Later on, with his side 3-1 down and staring at defeat, he once again found the net with a header, this time beating Raphael Varane to a cross by Kevin Mbabu.

It was a memorable night for the Swiss, and one of the biggest performances of Seferovic’s career.