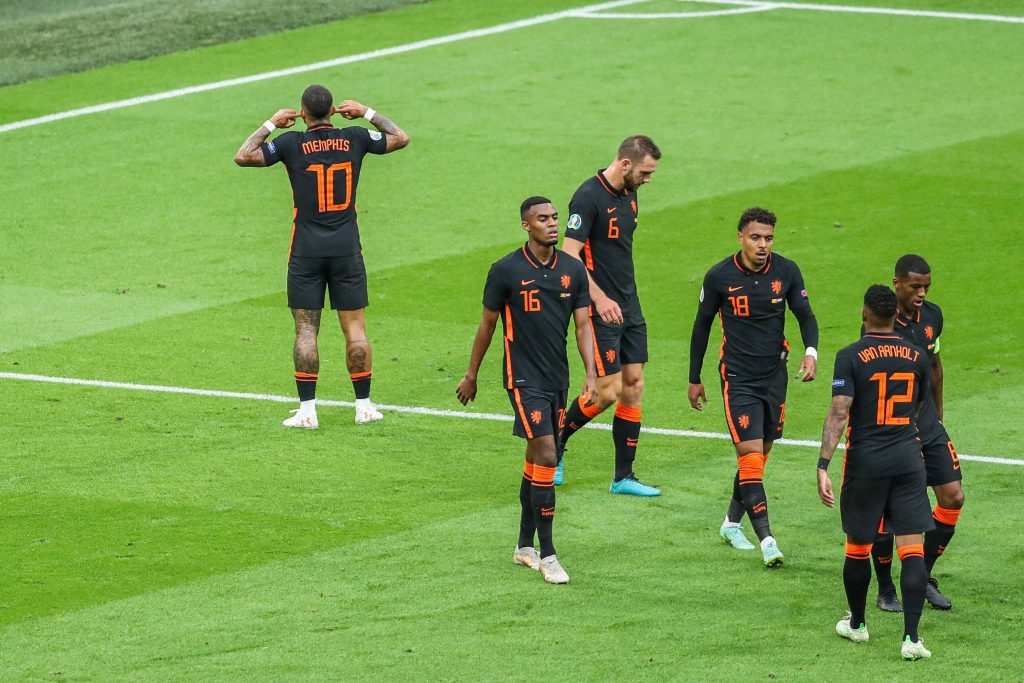 Puskas Arena in Budapest is the venue, as the Netherlands and the Czech Republic lock horns in an exciting Euro 2020 last-16 duel on Sunday.

Seeking their first progression into the European Championship quarter-finals since 2008, the Netherlands are aiming to maintain their 100% record at Euro 2020.

On the other hand, the Czech Republic have successfully negotiated each of their previous three last-16 ties at the European Championships as a sovereign state.

Frank De Boer’s ‘flying’ Dutchmen breezed their way through the group stage, albeit each of their three Group C victories came in Amsterdam.

The Netherlands head into proceedings as one of two teams to score 2+ goals in each Euro 2020 match thus far, racking up a tournament-high eight goals in the process.

Indeed, the Oranje have excelled in the front third lately, netting over 1.5 goals in each of their last ten internationals en route to setting a new national record.

After losing three of their last four penalty shoot-outs across major tournaments, the Euro 1998 winners will be desperate to overcome the Czech Republic in regulation time.

Barcelona’s latest acquisition Memphis Depay will lead the Netherlands’ title charge after having a hand in 13 goals across his last ten appearances for the national team.

The former Manchester United flop has opened the scoring in both of his previous Euro 2020 outings, taking his tally to nine goals in 13 games for De Boer’s side.

Though it may come as some surprise, the new Paris Saint-Germain midfielder Georginio Wijnaldum is the Netherlands’ top scorer since the start of 2019 with 15 goals in 25 appearances for the national team.

Everton transfer target Denzel Dumfries has scored twice in his three Euro 2020 starts for the Netherlands despite operating as a right-back.

There is no doubt that another impressive display against the Czech Republic would all but cement his place on the Toffees’ wishlist.

A 2-0 victory over Scotland in their Group D curtain-raiser proved sufficient for the Czech Republic to reach the knock-out stages of Euro 2020.

However, Jaroslav Silhavy’s men take the field winless in their last two European Championship fixtures (D1, L1), both of which featured under 2.5 total goals.

The Czechs have picked up just one win in their last seven matches at the European Championships (D2, L4), frustratingly failing to progress from three of their previous four knockout ties in the competition.

Bayer Leverkusen forward Patrik Schick has soaked up the limelight as the Czech Republic’s leading figure at Euro 2020 so far.

The 25-year-old has scored each of his team’s three goals at the tournament, including a stunning 50-yard strike against Scotland.

The pair have been involved in every minute of Euro 2020 action so far, with Coufal setting up Schick’s opening goal against the Tartan Terriers on Matchday 1.

Suggested Article: England defeat Czech Republic 1-0 to top Euro 2020 Group D and set up a meeting with a team from Group of Death.

This will be the third encounter between the Netherlands and the Czech Republic at a major tournament since the dissolution of Czechoslovakia, with both teams recording one win apiece previously.

However, the Czechs have won both of their previous competitive meetings with the Oranje, scoring 2+ goals and failing to keep a clean sheet on each occasion.

High scoring has been a common theme across their recent H2H clashes, with four of the last six matches between these sides seeing over 2.5 goals and both teams scoring.