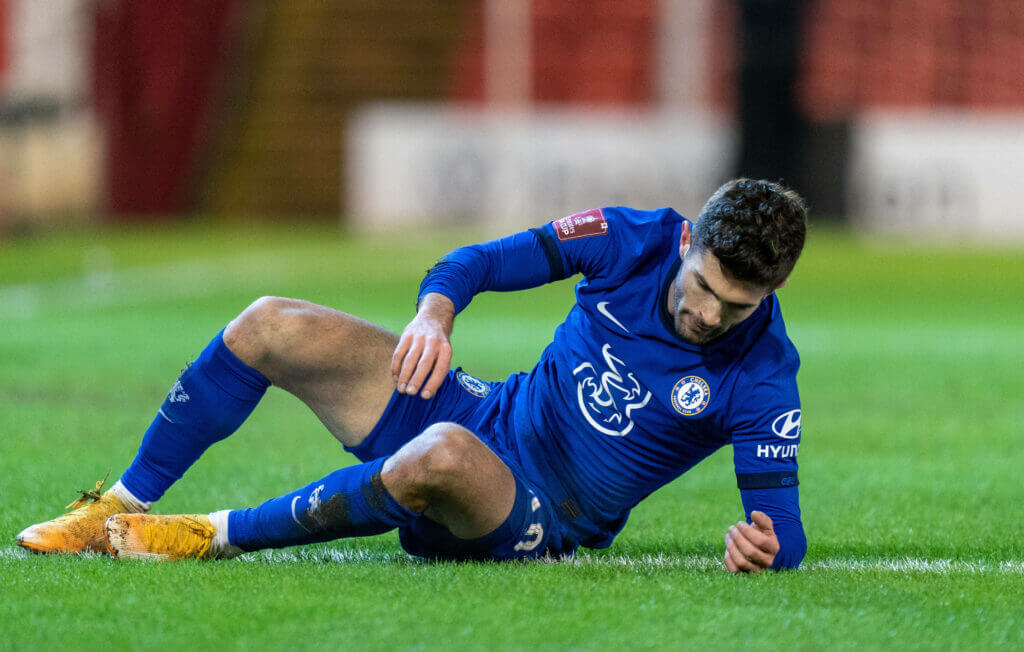 The United States international was handed a start against the Baggies, and he made the opportunity count by opening the scoring in the 27th minute.

Marcos Alonso’s free-kick rattled off the woodwork, and Pulisic was first on guard to convert the rebound past goalkeeper Sam Johnstone.

However, the game turned on its head after Thiago Silva was sent off for a second yellow card in the 29th minute. The Baggies scored twice before the interval.

At half-time, there was a surprise change with Mason Mount replacing Pulisic. Video evidence showed that the forward suffered a hamstring injury on his return to the field.

NBCSN had footage of what happened with Pulisic’s sub at half. He ran 10 yards to a cone, complained about his hamstring and Tuchel did not look happy about it pic.twitter.com/TtSeb7BbP7

Following the game, Tuchel confirmed the setback, saying: “Christian did a sprint when he came back out for the second half and said that he felt his hamstring would not survive the game if he continued. So we had to make the decision to substitute him right away.”

The Blues had been in fine form before the game with a 15-match unbeaten run, but they were completely outclassed by the Baggies, who put five goals past them. Arsenal were the previous side to score five times at the Bridge back in September 2011.

Meanwhile, Pulisic’s injury woes have continued, and it is the fourth injury he has suffered this term. Before yesterday, he had missed 13 games due to his injury absence while he has also been out of the squad for a few matches.

Judging by Tuchel’s comments, the injury may not be serious and, hopefully, Pulisic can return to the playing field before the end of the campaign.

The Blues are still fourth in the table but could be leapfrogged by Tottenham Hotspur and West Ham United if they win their Matchday 30 games.