What will Brazil look to do with James Rodriguez? How will Colombia respond?

Once in four years new World champions are crowned, new heroes are made, cult figures emerge and young talents rise. Some of these players capture the imaginations of many, leave opponents in their wake, and fans in admiration. Very few go on to sustain themselves beyond the success of a tournament of this stature, while a select few just propel themselves to greater heights. The latest star to emerge in the 2014 FIFA World Cup is a certain James Rodriguez.

The man who directly or indirectly has been involved in 50% of Colombia’s goals is also currently the top scorer of the World Cup before the quarter-finals kick in. Some have touted him to go on and win both the Golden Boot & Ballon D’Or. But to do either of those, Colombia will have to get past the host nation, Brazil. The pressure is firmly stacked on the Brazilians, but Colombia are here to make history, and rewrite the script that was written 20 years back. Exactly 20 years to this day, a certain Andres Escobar was shot dead in Colombia after having scored an own goal that eventually knocked them out of the competition.

There was no pre-tournament pressure as such on Colombia, just a tad bit of expectations from a supremely talented side. But with the performances put in & James Rodriguez’ form, the expectations have only grown bringing indications of pressure with it.

Thus is goes without saying that for either team to succeed, James Rodriguez will play a vital part in the result. Colombia will need to ensure his influence in the side is at a maximum level, while Brazil will look to confirm nothing of this sort takes place.

What will Brazil look to do?

James Rodriguez has most commonly played behind the striker with his impact on the game being maximum from this end. He’s managed to create chances for his team-mates, and carve out ones for himself from this area of the pitch. 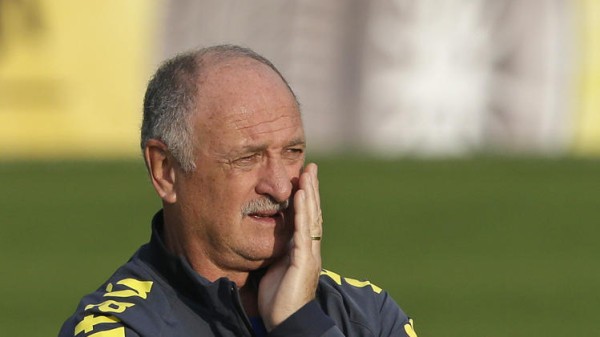 The obvious solution for Luiz Felipe Scolari is to deploy a midfielders of his (maybe two!), to constantly stay on the man where ever he drifts. The likes of Luiz Gustavo, Fernadinho etc are capable of playing that role but also crucial in an attacking capacity. To get them to mark James at the cost of their creativity may not be the most sound move to make. But unless Scolari opts for something completely unorthodox, that is how the Brazilian coach will probably approach it.

We can certainly expect Brazil doing everything within their capacity to reduce James’ time on the ball, and control his impact on the team. Expect the likes of the aforementioned Gustavo or his midfield partner to mark Rodriguez out of the game.

How will Jose Pekerman respond?

Like Luiz Felipe Scolari, Jose Pekerman is quite the tactical genius himself. The obvious threat of James Rodriguez has a more than obvious solution, but Pekerman would have anticipated this and so the tactical brains of both the head coaches will be put to test. 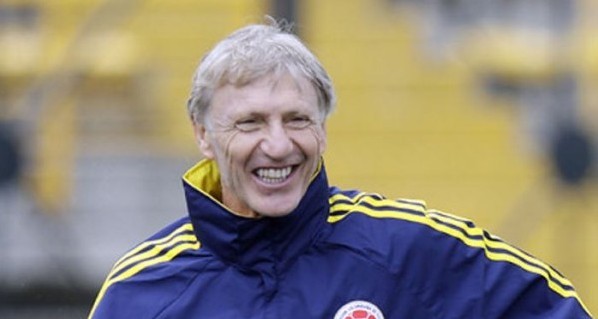 Pekerman was excellent in realising how well Arevalo Rios had marked Wayne Rooney out of the game against England and knew he would do the same against his Colombian side. Rios did mark Rooney, the Man United man had no influence, Uruguay won & England crashed out. Quite a different story with Colombia & Pekerman. Anticipating the marking, Pekerman shifted James Rodriguez to a wide position.

Now this could still work but Rios was the only man in the system that required him to keep tabs on James. The rest had their own specific instructions, as did Rios. It meant that this shift wide left James Rodriguez arguably with absolutely no marker on him. He was freely able to peenetrate the defence, cut inside and make runs down the channel. Which he certainly did, getting on the scoresheet twice with the second being an especially unmarked run.

A simple yet effective technique and while re-performing it may not be as successful, it certainly has allowed Colombia to keep that extra dimension James Rodriguez brings to the side, without much pressure.

Any room for creativity?

This would certainly be hard to judge if any of the coaches decide to be creative with their respective approaches. Scolari isn’t one to shift from his tried & trusted approach, one would be very surprised if he did change the system but again it would also be very naive of him to not specifically deal with an in-form Rodriguez. Even Pekerman’s decision to shift Rodriguez wide against Uruguay isn’t much of a surprise considering he’s played in that position earlier in his career, specifically at Porto, before being shifted to a central role at Monaco.

The coaches will probably stick to their rather pragmatic approaches with their tactics, and the battle might be separated by individual brilliance.

This game promises a lot as Brazil have been accused of not being as strong as some of the previous Brazilian sides we have seen, with Chile most recently proving a strong opposition. Incidentally among all the eight teams into the round of 16, seven have struggled (most of which are traditional favourites), while Pekerman’s side were the only one who were convincing. In fact they’ve probably been the most convincing side across the entire World Cup. It’s a stiff test for the hosts against a nothing to lose Colombia, with much of the result depending on how James Rodriguez is dealt with.