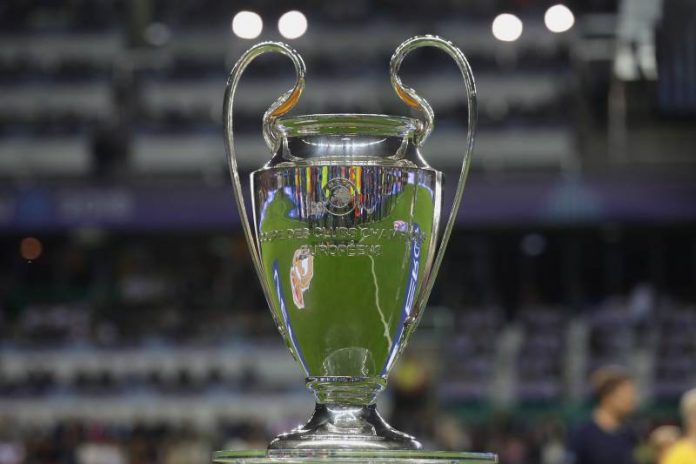 While the Spanish title race continues to go to the wire, so does the battle for a Champions League place next season.

There are a host of teams fighting it out for a top-four finish as the La Liga season enters its final weeks.

It also offers an intriguing betting contest with odds on the outcome being offered by top betting sites.

A hectic run-in could yet see more twists and turns as the leading contenders have Europe’s top club competition within their sights.

The fourth and final Champions League spot has been held by Basque club Real Sociedad during the coronavirus delay.

They returned to action with a 1-1 draw against mid-table Osasuna as Mikel Oyarzabal’s second-half strike rescued a point.

The San Sebastian side have already got a cup final against neighbours Athletic Bilbao to look forward to after an impressive campaign but can continue to shine in the league, as reported by Marca.

They can land a top-four finish to bring Champions League football back to the Anoeta despite being considered 11/8 chances to achieve their goal with Betfair.

Odegaard and Llorente are key

The creative talents of on-loan Real Madrid attacker Martin Odegaard are going to be vital to Sociedad’s chances of holding off the chasing pack.

The Norway international has been key to his team’s success this season, scoring seven goals and bagging eight other assists so far.

At the other end of the field, Spain international Diego Llorente has won many admirers for his defensive prowess.

He has been linked with the likes of Monaco and Liverpool at different stages this season.

Stuttering Atletico have ground to make up

Despite drawing their last three games, Atletico are still considered the favourites to bag that final Champions League spot in La Liga.

They can be backed at 4/11 with Betfair to make the top four but clearly have work to do.

Diego Simeone’s men returned to action with 1-1 draw over Bilbao at San Mames.

However, even though Diego Costa chalked up his first goal of 2020, the Madrid side looked short of attacking ideas for long spells.

They perhaps have the kinder looking fixtures, but games against Getafe and Real Sociedad could prove decisive.

Getafe not going away

Getafe may well find the final push for the top four too much once again.

That said, they are sure to spring a few more surprises before the season is out.

They have enjoyed another fine campaign under manager Pepe Bordalas, which has also included an eye-catching run in the Europa League.

Their grit and tactical solidity under Bordalas means they will continue to prove a frustrating opponent for anyone facing them in the run-in, as reported by BBC Sport.

They have one of the lowest possession games in La Liga but one of the meanest defensive records. Their foul count and yellow card tally is among the highest, but they are an effective unit that won’t be pushed aside easily.

Valencia can make a late charge

Valencia have had an inconsistent season but are still within striking distance of the top four.

They overcame the loss of manager Marcelino after just three matches but have also had to contend with a huge injury list.

Given all the off-field set-backs, they have done well to stay in contention for a Champions League place next season.

Maxi Gomez and Dani Parejo are their joint top-scorers this term, but it is the exciting talent of Ferran Torres that will give them hope of a late charge up the table.

He has been a shining light and continues to attract interest for bigger clubs according to Manchester Evening News. He will have to be at his best if they are to worry Atletico Madrid or Real Sociedad in the remaining games.