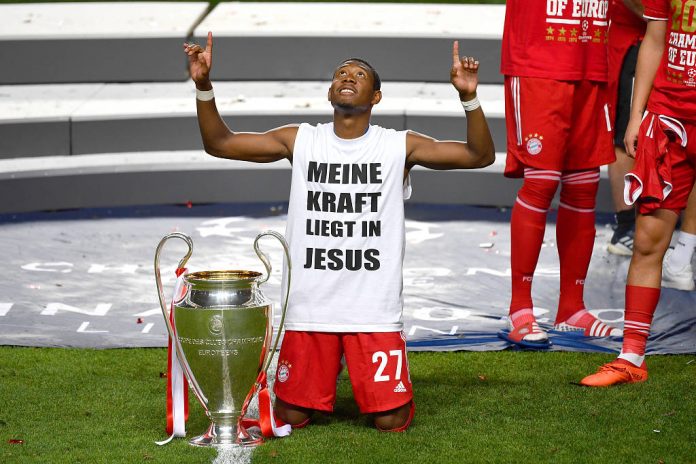 In the last decade, David Alaba has gone on to cement his place as one of the most versatile players in Europe and in Bayern Munich’s recent history.

Since debuting for the Bavarians in 2010, he has won more than 20 titles at the club level among numerous other individual honours.

However, all is not well between Bayern and the defender. Alaba is out of contract in July 2021 and is yet to agree to a new deal with the club. The relationship between the player and the club management has hit an all-time low.

After a series of fruitless negotiations, President Herbert Hainer told the public broadcaster Bayerischer Rundfunk that the club had withdrawn its contract extension offer.

These comments arrive after Alaba is said to have rejected a third extension offer by the club. According to Sport Bild, Alaba was offered a five-year contract worth up to €16 million per year.

The defender has been in midst of the tense saga for quite some time now. According to Hainer, Alaba’s agent, Pini Zahavi, responded to the offer as ‘unsatisfying’ and that the club should ‘think more’. A response which may have prompted the Bayern chief to take the offer off the table completely.

The dispute between the two parties ultimately boils down to financial details, with Alaba supposedly not content with his current salary – apparently influenced by his agent. Zahavi has been in a war of words with the club’s sporting director Hasan Salihamidzic and former President Uli Hoeness.

The Austrian’s entourage have been constantly accused of excessive financial demands, with Hoeness calling Zahavi a ‘greedy piranha’ in September. German legend Lothar Matthaus also voiced out his opinion by labelling the contract offer as ‘not a child’s benefit.’

Alaba has always denied reports of these demands as false and hit out at the club. Speaking to Sky Sport Germany (via Goal.com), he felt the club had shown a lack of respect for including him in plans for a swap deal, saying it felt like ‘a slap on the face’.

Prior to Tuesday’s Champions League 6-2 victory over RB Salzburg, Alaba insisted he had not been given enough time to decide and had only found out about the offer being withdrawn via media – an incident that ‘hurt him deeply.’

He said: “I really enjoy playing for FC Bayern. I feel very comfortable and happy to be part of this team.” Thomas Muller and Jerome Boateng have said the defender has the full backing of his teammates during these tumultuous times.

A host of potential suitors have come forward expressing their interest in the Austrian’s services, with Liverpool particularly interested in securing a pre-contract deal in January ahead of a possible free transfer. According to Italian media, Andrea Pirlo’s Juventus are in pole position to maintain their free transfer streak.

Manchester City boss Pep Guardiola has been a huge admirer of Alaba’s talent since his days at the helm in Bundesliga. Sky Sports UK recently reported that Real Madrid had been ‘offered’ Alaba’s services and his agents are in close contact with La Liga champions for a pre-agreement potentially in January.

The Austrian was instrumental in Bayern’s success last season as they steamrolled their way to a continental treble. His versatility permitted Hansi Flick to deploy him in an unfamiliar role as a defensive half – a role he excelled in, owing to his dexterity, vision and authority.

While it will be really difficult for Bayern to replace Alaba over the long run, it remains to be seen whether the player, his agent and the management reach an agreement that benefits all the parties involved.

At only 28, David Alaba is in his prime and has the potential to shake up any league in the world.