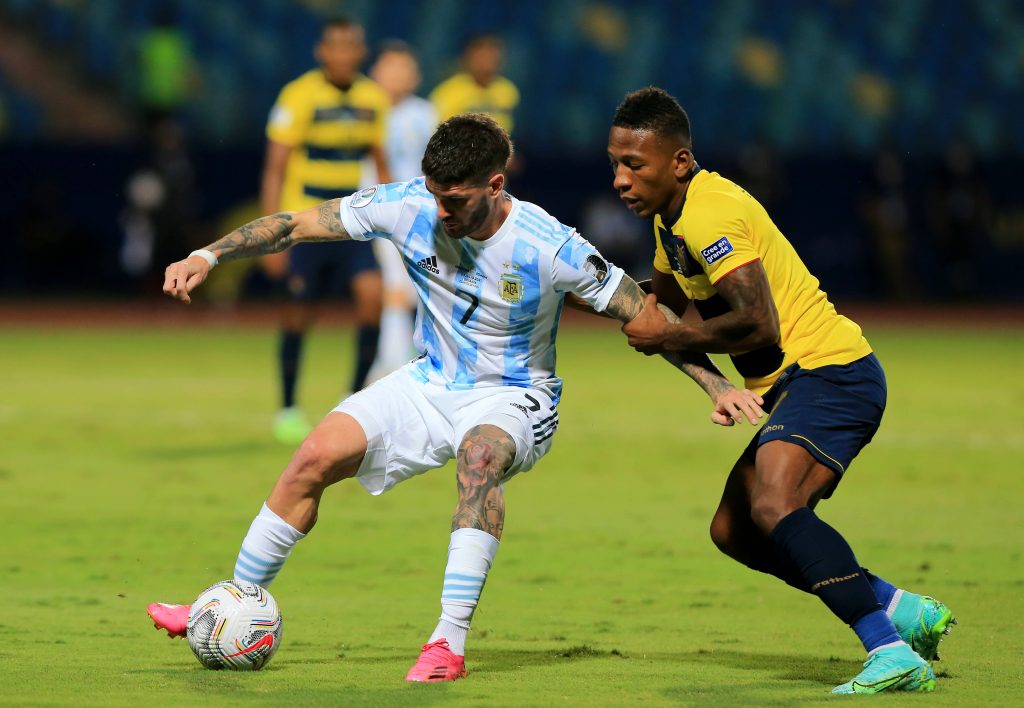 West Ham United have been linked with a move for Villarreal defender Pervis Estupinan.

According to Corriere dello Sport, the Premier League club have now made contact regarding a summer transfer.

CalcioNapoli24 believe that the 23-year-old left-back is heading to West Ham despite interest from Napoli.

The Ecuadorian could be the ideal long term replacement for Aaron Cresswell, but his arrival could hamper Ben Johnson’s development.

Perhaps sending Johnson out on loan would be a wise move if the Londoners manage to complete Estupinan’s signing.

Estupinan will be hoping to play regular first-team football with the Premier League club and would compete with Cresswell for the starting berth at West Ham.

The player has a contract with Villarreal until 2027 and is unlikely to be available on a bargain.

However, the Hammers are economically well equipped to pull off the transfer.

Improving the defence is a priority for West Ham as they prepare to compete in the Europa League this season.

The club have been heavily linked with Fiorentina’s Nikola Milenkovic, and a deal is reportedly close to being completed.

The 23-year-old is unwilling to sign a new contract with the Serie A club, and a move should be completed in the coming days.