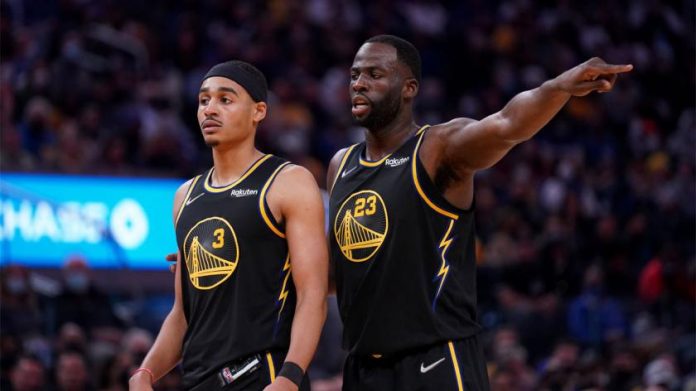 Footage of the Draymond Green and Jordan Poole bust up at Warriors training this week has been leaked, with Green hitting his teammate with a brutal haymaker.

Draymond Green’s bust up with Warriors teammate Jordan Poole has been the sole focus of basketball news for the past couple of days, and footage of the incident has gone viral on Twitter today as Green was certainly not holding back. (Watch full video of bust up below)

The video clearly shows both the players talking to each other before the bust up, with Green eventually approaching Poole and swinging a heavy blow at his teammate.

Although the Warriors coaches and players said in all their press conferences on Thursday that Green had apologised to Poole, it is clear from the video that there is some serious problems in the Warriors dressing room.

With pre season already well underway and the new NBA campaign just around the corner, the Warriors will need to sort out their dressing room issues ASAP should they want to start the season off right.