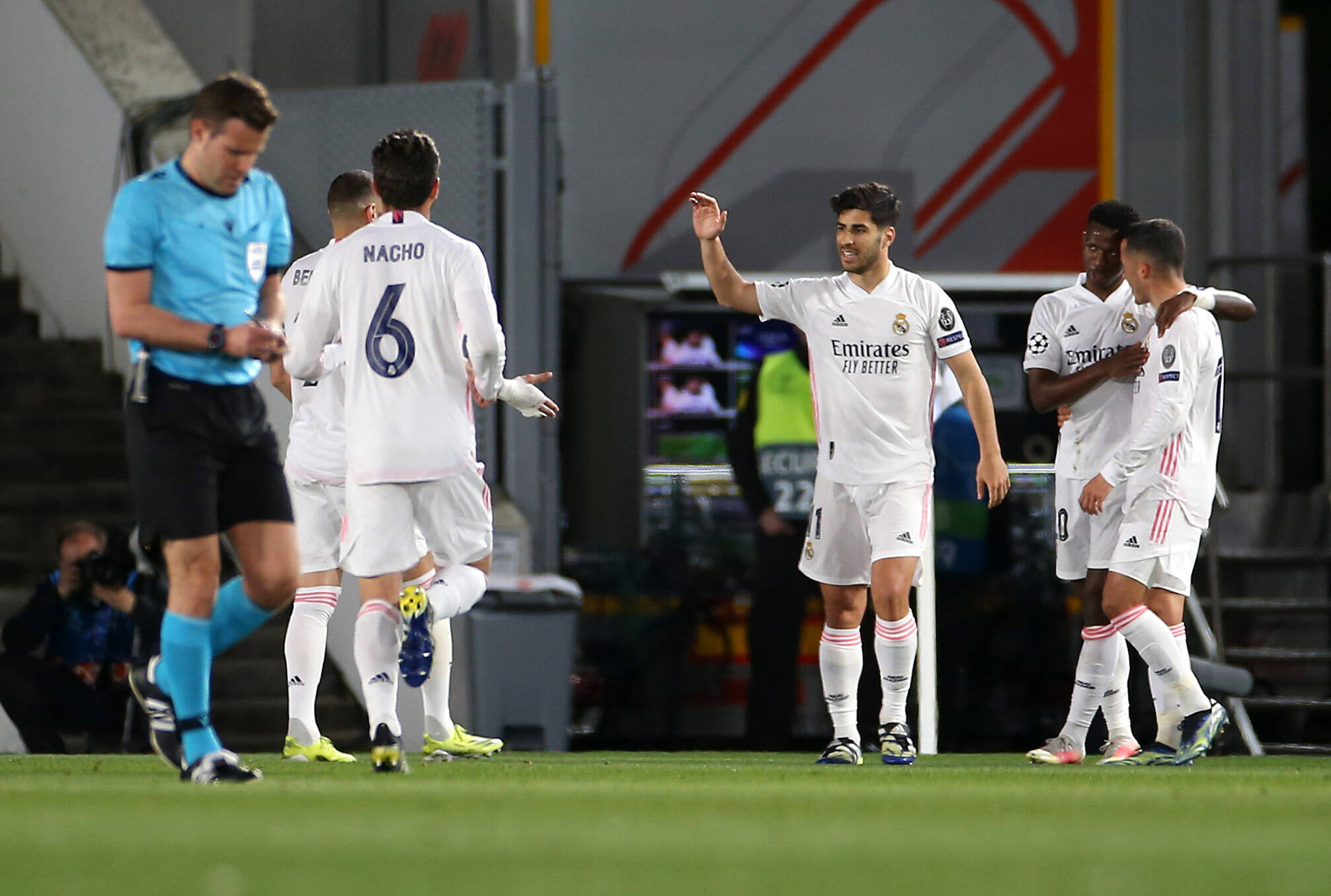 It was a tough first half for the visitors. Karim Benzema fired an early warning shot straight at Alisson, while Vinicius Junior headed wide after some good work down the left from Ferland Mendy.

On the 27th minute, Vinicius gave Madrid the lead with a real moment of quality. Toni Kroos found the Brazilian with a pinpoint 50-yard pass. The winger immaculately brought the ball down on his chest and fired into the bottom corner with his right foot.

Ten minutes later, Los Blancos doubled their lead. Trent Alexander-Arnold’s interception from Kroos’ pass went straight to Marco Asensio, who lifted the ball over Alisson and tapped in from no further than a yard out.

It was a goal marred by a bit of controversy. In the build-up, Sadio Mane appeared to be bundled over by Lucas Vazquez. The incident was overlooked by the officials and VAR, allowing the goal to stand.

Nonetheless, this was no excuse for the Reds, who showed virtually no threat in the opening period. They ended the first half without registering a single shot.

Jurgen Klopp’s men came out in the second half looking far more motivated and soon found a way back into the tie. Diogo Jota’s shot was deflected into the path of Mohamed Salah, who converted in off the bar.

This began a wave of Liverpool pressure as they went in search of an equaliser. Mendy produced a magnificent tackle in his own box to deny Mane from Jota’s pull back.

This tackle proved to be decisive, as Madrid restored their two-goal lead just moments later. Luka Modric found Vinicius in the box, and the 20-year-old bagged his second of the game, firing into the bottom corner via the gloves of Alisson.

From then on, it was a quiet affair. The away side tried to find a second goal but could not beat Madrid’s backline – despite the absence of Sergio Ramos and Raphael Varane.

The game finished 3-1, giving Los Blancos a commanding lead going into the second leg. The reverse fixture will be played on Wednesday, April 14, at Anfield.

Man of the Match – Vinicius Junior

Kroos was influential in Madrid’s first-half goals, and he could have easily been given this award. However, two goals on a big night – that’s difficult to ignore.

Vinicius hasn’t always produced the goods since arriving at the Bernabeu Stadium and often struggles to live up to the hype. However, he was on fire against Liverpool, providing a constant threat.

His first goal was one that any world-class forward would be proud of. The run, the touch, the finish – all three were executed to perfection.

The second one was perhaps a touch fortunate – you’d expect a goalkeeper of Alisson’s quality to keep it out. Nonetheless, it was a crucial moment in the game and puts his side in a strong position going into the second leg.

Alexander-Arnold has been the focus of a lot of chat since his omission from Gareth Southgate’s latest England squad. Heck, Gary Neville and Jamie Carragher dedicated an entire section of Monday Night Football to the right-back.

It seemed like the Englishman had made the perfect response to his exclusion from the Three Lions camp over the weekend. His inch-perfect cross found Jota for the opening goal against Arsenal at the Emirates Stadium, as Liverpool went on to win 3-0.

However, things were not so comfortable in Spain. His poorly placed header gifted Asensio the opportunity to make it 2-0, which the Spaniard duly took. And, in general, he had a tough time dealing with Vinicius and Mendy down the left.

It wasn’t all bad for the youngster. He still played some of the passes that we’ve come to expect from him, including one excellent volleyed cross to Jota. But that side of his game has never been in doubt.

One of Neville’s biggest concerns over the 22-year-old was whether he would handle games that his side doesn’t dominate – the games where he would be tasked with defending more than attacking.

At the Estadio Alfredo Di Stefano, Alexander-Arnold came into one of those types of games, and he struggled. If he is to regain his place in time for Euro 2020, he will have to step it up in games like these.