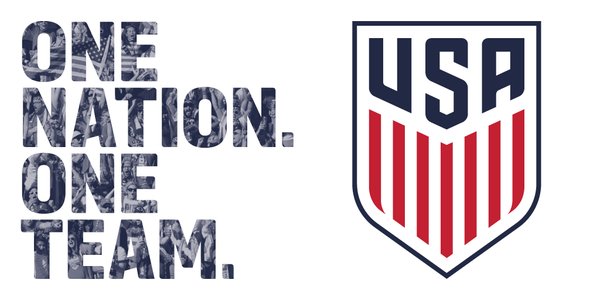 US soccer has unveiled their new crest on Monday, via social media platforms.

The modern design is simpler and more angular than the previous designs. The new crest is the US federation’s first major rebranding since 1995.

We’ve enjoyed watching you, the fans, and our athletes share our new crest. Now it’s our turn. #OneNationOneTeam pic.twitter.com/OnBCenk706

The crest has a dark blue “USA” placed above red and white stripes.

According to the Guardian, scarves and other products featuring the crest were delivered to supporters and players Monday morning, rather than announcing the news with a press release.