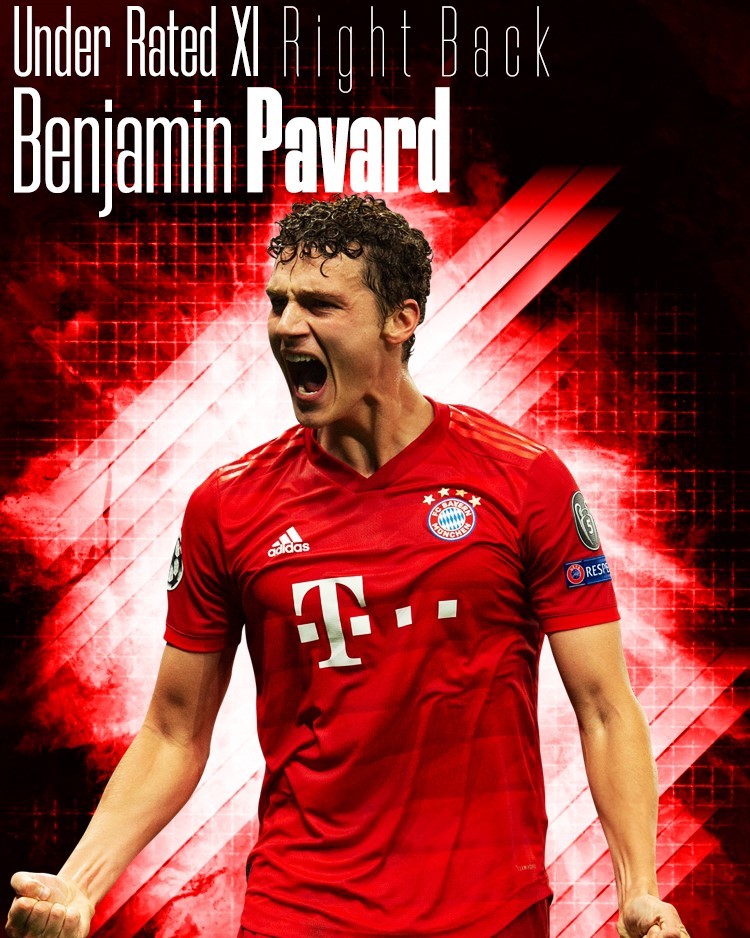 At 24-years-old, French right-back Benjamin Pavard has already won 8 trophies in his career and is part of an illustrious list of players who have won both the World Cup and Champions League.

Perhaps the most staggering thing about Pavard is that he’s won the two biggest team prizes in football before turning 25, and for all his success in the early years of his career, he is criminally underrated.

Pavard began his career with Lille in his native France, before making a switch to Germany in 2016 signing for VfB Stuttgart where he had three successful seasons. The defender then made a switch to giants Bayern Munich in 2019 and has since played his part in the historic sextuple winning team.

An established figure internationally as well as at club level, Pavard has already amassed over 30 caps for France which is some achievement in what is arguably the golden age of French football.

The defender has qualities beyond his years and has become a dependable figure to Bayern Munich head coach Hansi Flick, with his versatility allowing him to play at centre back comfortably as well.

At the moment Bayern Munich are the best club football team on the planet and France are the best national football team on the planet. This bodes well for Pavard who could establish himself as one of the most successful players in the history of the game, with Bayern on course for another Bundesliga title, and France the favourites to win the European Championships this summer.

In spite of all his success, Pavard continues to be overlooked when he should be put in the same bracket of some of football’s elite right-backs.

As for now, all Pavard can do is continue to keep his head down, and continue to win trophies and hope the recognition he deserves arrives in the not so distant future. But if one thing is clear, it’s that Benjamin Pavard is an extremely underrated footballer, and is worthy of inclusion in our team.