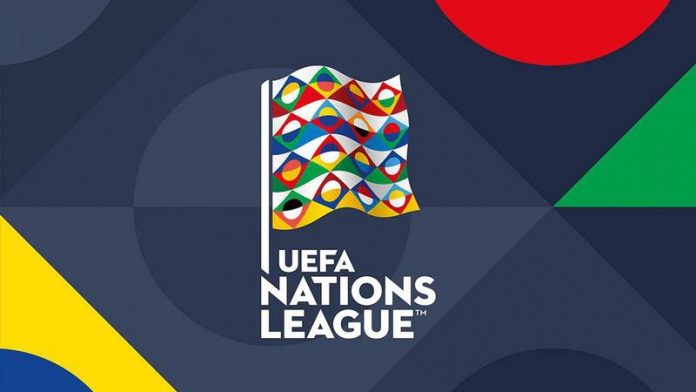 The UEFA Nations League is a newly-formed international football competition that has been designed to reduce the number of meaningless friendlies played each year.

The first tournament began back in September 2018 and will culminate this summer when the winners of the four groups in League A contest the 2019 Nations League Finals.

Hosts Portugal will be joined by Switzerland, Netherlands and England in the inaugural edition of the event.

Read on as we provide you with an in-depth guide to this summer’s tournament in Portugal.

HISTORY OF THE UEFA NATIONS LEAGUE

The concept for the UEFA Nations League was first made public by Norwegian Football Association President, Yngve Hallen, back in October 2013.

It was proposed that all 55 of UEFA’s member associations’ national teams would be divided into a series of groups based upon a ranking formulated using their recent results.

Promotion and relegation between the groups would add extra competitiveness to the tournament, ensuring that worthless friendlies would largely be eradicated from the international calendar.

Lower-ranked nations would benefit financially from the competition, as the television contract with UEFA would be centralised.

The first edition of the tournament started in September 2018, with the pool stage completed in November that year.

Netherlands, Switzerland, Portugal and England finished top of their respective League A groups to qualify for the 2019 Nations League Finals.

UEFA confirmed that the inaugural finals will take place in Portugal during June 2019. Porto’s Estadio do Dragao and the Estadio D. Afonso Henriques in Guimaraes are the host venues for the tournament.

The Nations League Finals will be held over five days, with the first semi-final between Portugal and Switzerland taking place in Porto on June 5. Netherlands and England go head-to-head in the second semi-final in Guimaraes the following day.

The third place play-off will take place in Guimaraes on June 9, with the final scheduled later the same day in Porto.

The tournament will be played in single-leg knockout matches. If the scores are level at the end of normal time, 30 minutes of extra-time is played, where each team is allowed to make a fourth substitution. If the scores are still level, the winner is determined by a penalty shoot-out.

Many broadcasters around the world will offer live online screening of games throughout the Nations League Finals.

In the United Kingdom, every game will be broadcast live on Sky Sports, although details of channels and broadcast times are yet to be confirmed.

Fans will be able to stream the matches via the SkyGo app on a range of devices including smartphones and tablets.

There are numerous major sponsors backing the competition including Hisense, Socar, Volkswagen, FedEx, Booking.com and Alipay.

Portugal could be extremely tough to beat on home soil, although they are finding goals pretty hard to come by at the moment.

They booked their place in the finals courtesy of a gritty 0-0 draw in Italy, but they would be well-advised not to underestimate Switzerland in their semi-final.

The Swiss came from two goals down to defeat Belgium 5-2 in their final group match and they have the firepower to cause Portugal’s defence problems.

England face Netherlands in the second semi-final aiming to build on their excellent progression under manager, Gareth Southgate.

The Three Lions qualified for the tournament by finishing top of a group containing Croatia and Spain and they are currently riding a seven-match unbeaten streak.

The Netherlands edged out France and Germany in the group stage, but remain vulnerable defensively and could find it difficult to keep England at bay.