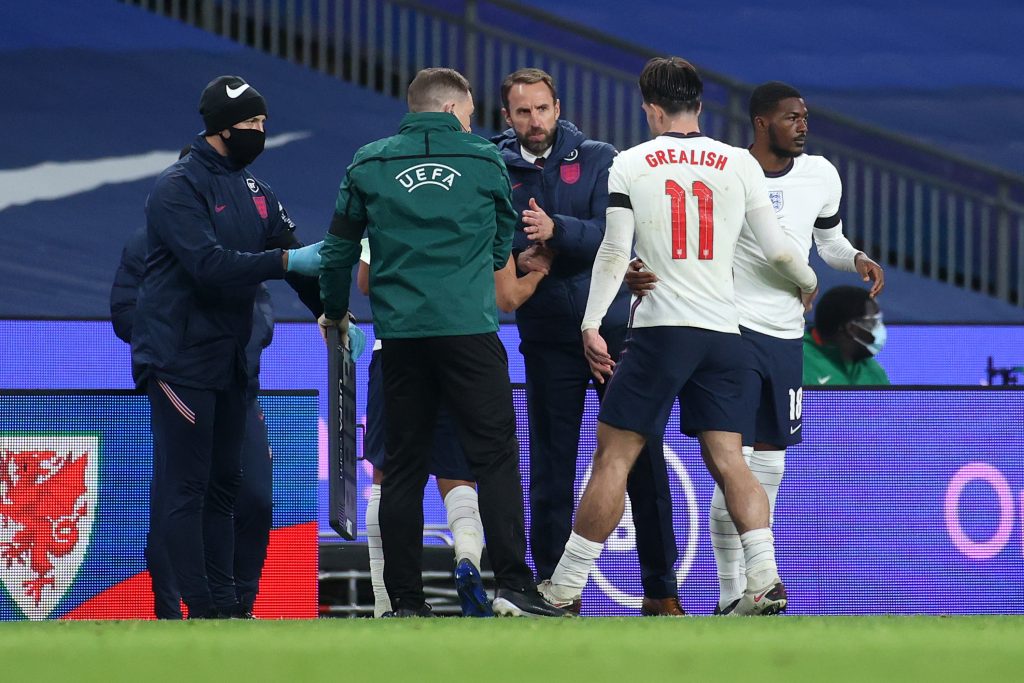 England face Belgium on Sunday knowing that a victory will put them in pole position to qualify for the 2020/21 Nations League Finals.

The Three Lions head into the game second behind Belgium in Group 2A having picked up four points from their opening two fixtures.

England laboured to a 1-0 victory against Iceland in their opening game, before playing out a dreary goalless draw with Denmark in their second outing.

By contrast, Roberto Martinez’s side have racked up two comfortable wins against the same opponents and will fancy their chances of making it three-in-a-row at Wembley Stadium.

Belgium are one of the favourites in the Nations League football betting to win the competition and look a good bet to take something from the game against England.

Read on as we take a look at some of the main talking points ahead of the clash and predict who we think will record a victory.

England enjoyed the perfect preparation for the Belgium game with an emphatic 3-0 victory in a friendly against Wales on Thursday.

Dominic Calvert-Lewin, Conor Coady and Danny Ings got the goals as a much-changed England team dominated their opponents throughout the contest.

Calvert-Lewin was particularly impressive as he ran the Welsh defence ragged, although Harry Kane is likely to be preferred up front against Belgium.

However, the Everton striker will provide a handy option off the bench and adds some much-needed competition to Kane moving forward.

Jack Grealish was the star of the show for England, setting up Calvert-Lewin’s goal and causing endless problems for Wales during the game.

While England fans were waxing lyrical about his performance, manager Gareth Southgate was doing his best to make himself look foolish in his post-match interview.

Southgate repeatedly refused to answer questions about Grealish, preferring instead to shift the focus onto other players.

The Aston Villa star gave England a sprinkle of stardust against Wales and it would be criminal for Southgate to leave him out of the starting XI against Belgium.

Southgate got plenty of stick for his tactics against Denmark, although the issue was more with the personnel that he deployed rather than the system.

The pairing of Kalvin Phillips and Declan Rice lacked imagination and it was little wonder that England were unable to break down the Danes.

Phillips and Harry Winks were better against Wales, although they were helped by the fact that Grealish constantly provided them with an outlet.

Southgate has historically been an overly cautious manager and it would be no surprise to see him revert to type against Belgium.

Jordan Pickford’s position as England’s number one goalkeeper has come under increasing scrutiny following some shaky performances for Everton this year.

Nick Pope started against Wales and kept a clean sheet, although the Burnley stopper didn’t have much to do against a team who were rather toothless in attack.

Dean Henderson is also in the squad, but it would be a shock if he gets the nod given that he isn’t a regular starter for Manchester United.

Southgate has generally kept faith with Pickford and he is fully expected to restore him to the line-up against Belgium.

Big Guns Back for Wembley Clash

Belgium’s run of 12 successive victories was ended on Thursday as a second-string team drew 1-1 in a friendly with Ivory Coast.

The Belgians rested almost all their regulars, but they are expected to field their strongest starting XI for their meeting with England.

Goalkeeper Thibaut Courtois has been forced out of the squad due to fitness concerns, meaning former Liverpool goalkeeper Simon Mignolet is likely to start.

However, with the likes of Kevin De Bruyne and Romelu Lukaku in their team, Belgium should cause England plenty of problems.

England have a good record against Belgium, winning 15 of the previous 23 meetings between the two nations.

Belgium have had the upper in recent times, defeating England twice at the 2018 World Cup without conceding a goal.

Martinez’s side were unfortunate not to reach the final of that competition and have since gone on to sweep through qualification for the European Championships without losing a game.

Belgium have never previously beaten England at Wembley, but Sunday’s game could well see them finally break their duck.

England v Belgium Prediction: England’s hopes of success would be boosted if Southgate resists the temptation to leave out Grealish.

However, on the basis that he appears to have an issue with the Aston Villa star, Belgium look a good bet at odds of 31/20 to record a victory.

De Bruyne has started the season in fine form for Manchester City and could be worth an interest at 13/4 to score any time during the game.