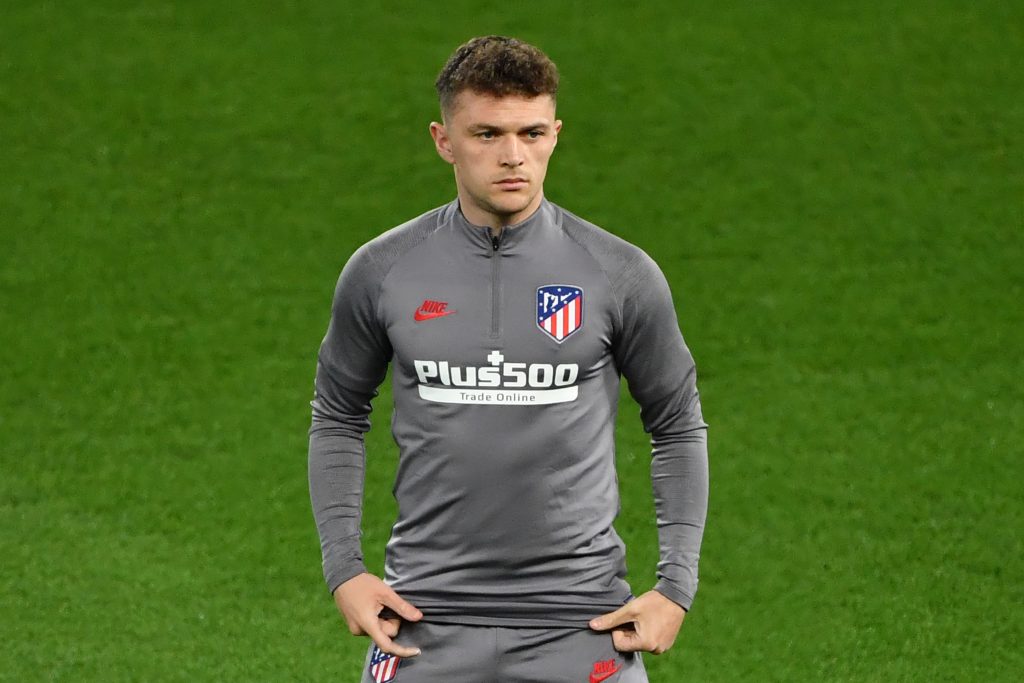 Atletico Madrid’s title hopes have taken another blow as two more of their players have been added to their injury list.

Diego Simeone’s side have been favourites to lift the La Liga trophy for a while now, having sat ten points clear at the top of the table with a game in hand back in February.

However, they have hit a poor run of form, winning just four of their last 11. This has seen their lead cut down to just one point with eight games remaining.

Furthermore, Los Rojiblancos have suffered injuries to first-team stars lately. Top scorer Luis Suarez is expected to miss a number of games with a muscle injury, while Moussa Dembele has been sidelined after he collapsed during training.

Simeone’s misery has been compounded further this weekend after it was confirmed by the Mirror that Joao Felix and Kieran Trippier would miss games through injury.

Felix was taken off in the 48th minute in Atletico Madrid’s 1-1 draw away to Real Betis on the weekend after suffering a knock to his ankle.

He is likely to miss two weeks of action, likely keeping him out of their fixtures against Eibar, Huesca and Athletic Bilbao.

This leaves the club with Angel Correa as their only natural forward. The Argentine has scored just four goals all season, drawing a blank in his last 11 outings in all competitions.

Meanwhile, Kieran Trippier also had to be taken off against Betis after suffering a blow to his lower back. The extent of the problem is currently unknown.

The England international has made 20 league starts this campaign, registering six assists. He will probably be replaced in the starting lineup by World Cup finalist Sime Vrsaljko. The Croatian has featured just nine times in La Liga this season.

This news will come as a huge boost to Real Madrid and Barcelona, who are competing with Atletico in an enthralling title race.

Madrid went top of the league briefly on Saturday after beating Barcelona at the Estadio Alfredo Di Stefano. After Atletico’s draw with Betis, they sit one point off the summit.

Meanwhile, Ronald Koeman’s side are just two points away from the top, having hit an exceptional run of form in 2021

Saturday’s defeat was their first since early December, having won 16 and drawn three from their next 19 fixtures.