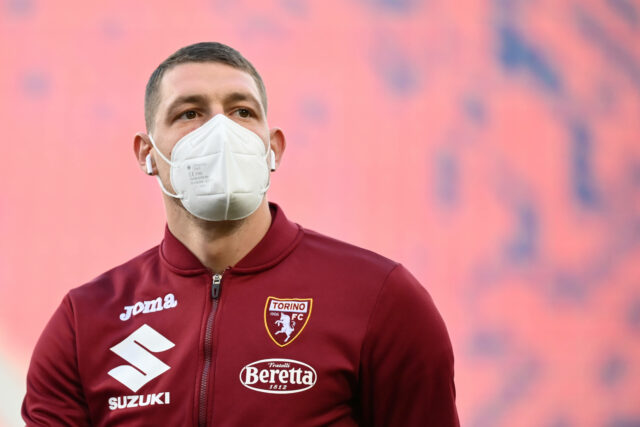 A host of clubs are reportedly interested in signing Torino striker Andrea Belotti in the summer transfer window.

The report claims that French outfit Lyon are also considering a move for the Italy striker.

A host of Serie A clubs, including AC Milan, Inter Milan, Roma, Fiorentina and Napoli, are all monitoring his situation closely.

Belotti is approaching the final year of his contract in Turin, and the 27-year-old striker is weighing up whether to extend his deal.

He is seen as one of Serie A’s best strikers, having scored over 100 goals for Torino. His scoring strike rate is very impressive.

The Daily Mail claimed earlier this month that Spurs are looking to offload a few players while signing a goalkeeper, a centre-back, a right-back and a back-up striker is a top priority for them.

Spurs will not use their option to sign Carlos Vinicius permanently this summer. They are looking elsewhere, with the likes of Danny Ings and Sasa Kalajdzic linked with a move.

Liverpool are looking to sign another striker this summer, with Divock Origi likely to be offloaded.

Manchester United in the market to sign a new striker with Edinson Cavani’s future at Old Trafford uncertain.

On that basis, it would be no surprise to see the Premier League trio fight to secure Belotti’s services this summer.

In other news, check Harry Kane’s reaction to Tottenham’s defeat in the Carabao Cup final.