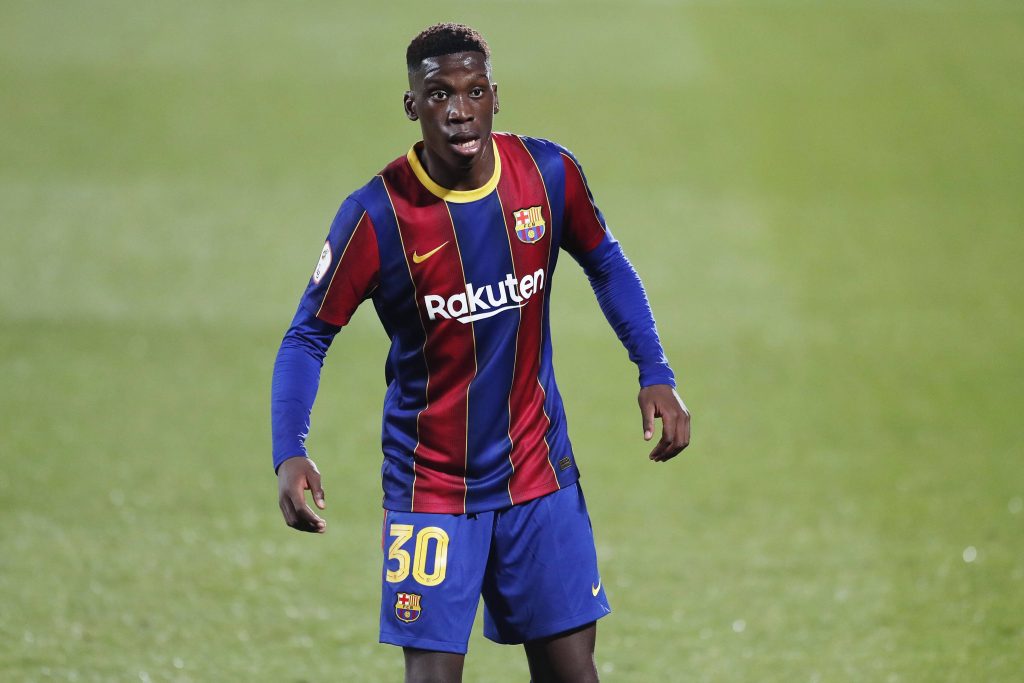 Tottenham Hotspur and Liverpool have all spoken to the representatives of Barcelona midfielder Ilaix Moriba over a summer move, according to 90min.

The 18-year-old is currently training with the reserves after getting demoted from the first team for refusing to sign a new contract.

Spurs and Liverpool are not the only Premier League clubs interested in signing Moriba, as Arsenal have also been in touch with his representatives.

Chelsea, Manchester City and Manchester United have been keeping tabs on him for a while.

The youngster has also been offered to West Ham United, Leicester City, Wolverhampton Wanderers and Everton.

Tottenham are likely to strengthen their midfield this summer with the futures of Tanguy Ndombele and Harry Winks in doubt.

Spurs boss Nuno Espirito Santo will need reinforcements if the duo leave, and Moriba would be a decent addition.

He only broke into Barca’s senior team last season, having been at the famous La Masia academy since he was a youngster.

However, he attracted attention with his energetic performances in the middle of the park.

Liverpool are yet to bring in a replacement for Gini Wijnaldum. Although Moriba is not at the level of the Netherlands international yet, he has the potential to match him in the future.

He has shown what he can do at Barcelona, and playing under Klopp at Anfield would help his development.

The youngster is a world-class midfielder in the making, and both Liverpool and Tottenham should be looking to land his signature this summer.