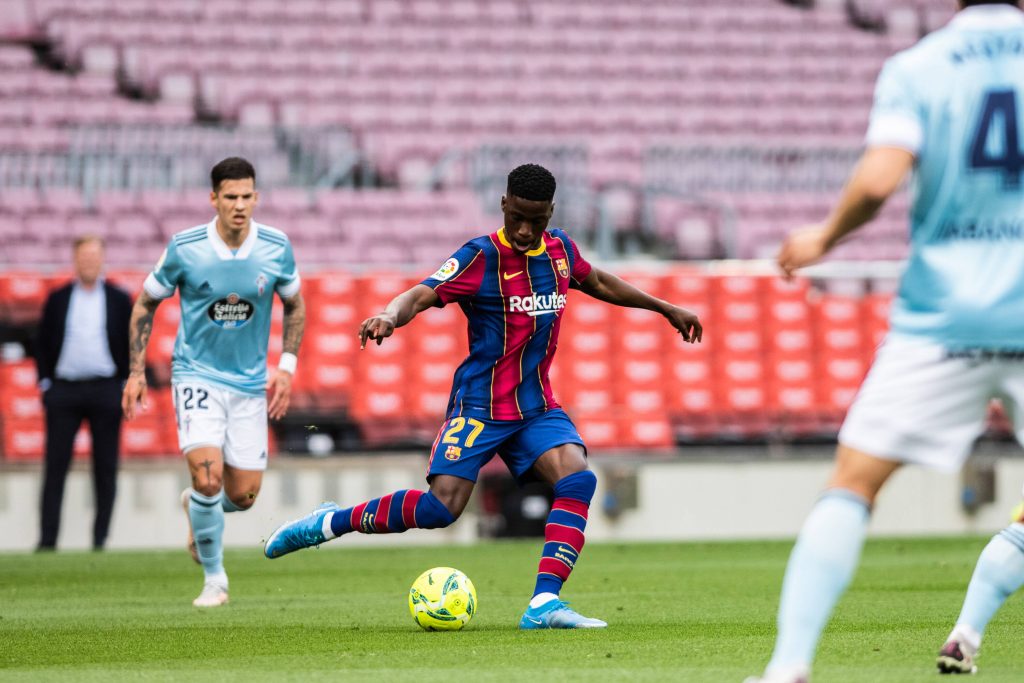 According to Calciomercato journalist Daniele Longo, Tottenham Hotspur are close to signing Ilaix Moriba from Barcelona.

He claims that Spurs are expected to close the deal by as early as this evening. The north London club are also working on a deal to sign Emerson Royal.

The Independent journalist Tom Kershaw has claimed that Spurs’ director of football Fabio Patarici s currently in Barcelona to finalise the deal for Moriba.

Update to this: Understand Fabio Paratici is in Barcelona in an attempt to finalise the deal for Ilaix Moriba. RB Leipzig are still pushing, too #thfc #fcb

Tottenham are now also trying to negotiate a deal for full-back Emerson Royal, as reported by @mcgrathmike

We covered a report today where it was claimed that agreeing personal terms with the player would not be a problem.

Spurs are also aiming to bolster their forward ranks before the summer transfer window closes.

However, their attempts to sign Adama Traore are still up in the air, with Wolverhampton Wanderers unwilling to sanction the winger’s sale.

Traore worked with Spurs manager Nuno Espirito Santo when he was in charge at Wolves and will probably be keen to reunite with the Portuguese.