Now that the World Cup is over and the players are returning home for a couple of weeks of vacation and then joining their respective clubs for training and the pre-season. Managers will looking at the players that out-shone the cream of club football.

Wayne Rooney and Cristiano Ronaldo were nowhere to be seen and to some extent neither was Lionel Messi. But what we did get to see was some exceptional young talent plying their trade somewhere away from the shine and galore of Premier League.

All has been said about the German youngsters, Thomas Muller became the joint top scorer and with two more assists than the rest, sweeps the Golden Boot from comparatively more established players like David Villa, Wesley Sneijder and Diego Forlan.

Everything has been said about Mesut Ozil. I can go on and on with tacky cliches but the fact of the matter is, Ozil was the most creative player in the World Cup. And it’s not just a claim, I can back it up with statistics: Mesut Ozil of Germany created 18 chances from open play.

Second to him is Kevin-Prince Boateng of Ghana and Robin van Persie of Netherlands with 17 each. Not far behind is the Spanish maestro Xavi with 15. 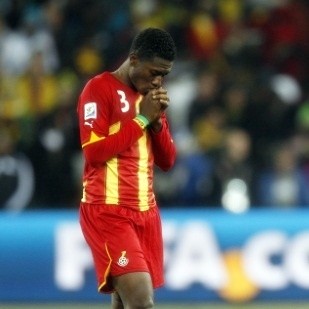 Asamoah Gyan. The man who hit the crossbar when Ghana needed him the most. If Gyan was playing for a bigger footballing nation, I can bet his career would’ve hit rock-bottom right then and there. But since, Ghana was in the quarterfinals and they were thought to be over-achieving, it was okay for him to hit the crossbar.

Because of that, I believe some managers might show interest in the Stade Rennais man. After all, he got the most shots on goals with 27 and scored thrice. Second to him was David Villa with 25, followed by another star with a bright future, Luis Suarez with 23.

Reaching the semifinal was icing on the cake for Suarez after a very successful season with Ajax. Although, he’s going to be the guy who handled the ball on the goal-line to prevent a goal but he also netted three goals for Uruguay including both goals in the Round of 16 victory against South Korea.

He made six appearances in the World Cup and scored thrice with two assists – a goal coming every 181 minutes he was on the field. Not a very good record for a striker, I know but compare that with his performance over the last season. Luis Suarez scored 35 goals in 33 games with 17 assists and a goal every 85 minutes. Even better, in the Dutch Cup, he scored eight goals in six games with a goal every 56 minutes.

Keisuke Honda completed a move to the Russian outfit CSKA Moscow in January and don’t be surprised if you see him move again in the summers. He was involved in 75% of his team’s goals in the World Cup. 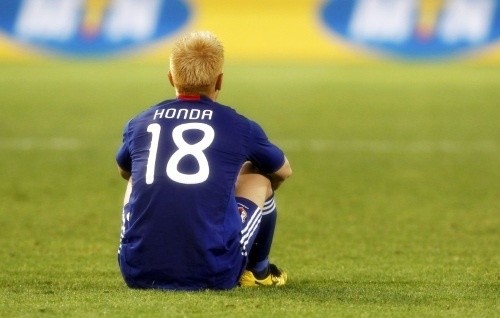 Honda only made four appearances for Japan, made eight attempts on goal with 38% accuracy and converted every fourth chance he got; in simple words, scored two goals in eight shots. He also created six chances for his teammates and one of his teammates found the net.

After not making it into the German side, Kevin-Prince Boateng debuted for Ghana a month before the World Cup. As his current club, Portsmouth, is heavily indebted and relegated to League One, both the player and the club will happily accept probably any offer from any Premier League or any other European club.

Boateng not only created a chance every 27 minutes but also covered his defensive duties well – making 12 interceptions and winning 18 of his 20 tackles.

Another interesting play-making prospect is Alexis Sanchez of Chile, who was the second most frequent chance-creator at the World Cup (one every half an hour).

All the credit is given to Luis Suarez and the Golden Ball winning Diego Forlan who scored eight goals between them but the key factor that the Uruguayan strikers was so successful was because their defense was efficient. They only conceded twice on their way to the last four.

The man who was responsible for the efficiency at the back was their holding midfielder Diego Perez. The AS Monaco man did a great job in protecting the back four and ended with the man with the most interceptions and tackles at the World Cup.

He made 35 interceptions and 41 tackles. Egidio Arevalo Rios (also Uruguayan) made the second most interceptions with 34 and Sergio Busquets of Spain was third with 27. Dutchman Mark van Bommel made 35 tackles, most of which were dirty, and again Arevalo is right up there with 27 tackles.

Although Slovenia was inched out of the group stages by USA and England, but Auxerre midfielder Valter Birsa was on another level as compared to the rest of his team. He put in 20 crosses/corners, eight more than the second, Andraz Kim. And he had four shots on target, the rest who made an attempt, have one each.

Similarly for the Slovaks, they managed to make it to the Round of 16 at the expense of Italy, Marek Hamsik was the clear leader statistically. He created nine chances, four more than the second place Vladimir Weiss. He also has eleven more successful passes in the opposition’s halfat 71 but he’s tied on crosses delivered with Miroslave Stoch on nine. 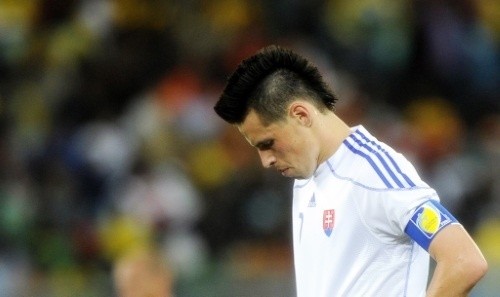 Another Ghanian, Andre Ayew was quite active with his crossing accuracy at 39%, second only to the Brazilian Daniel Alves (46%). The 20 year old Marseille winger was also third on the frequency of creating chances with one every 32 minutes or so. He is said to be a target of Bayern Munich already.

With La Liga starting on 28th August, the Premier League starting two weeks earlier, Bundesliga and Serie A also starting around the same time, there are chances that you will get to see at least some of these players every week on your TV screens. They have put up performances in South Africa that are worthy of some interest.