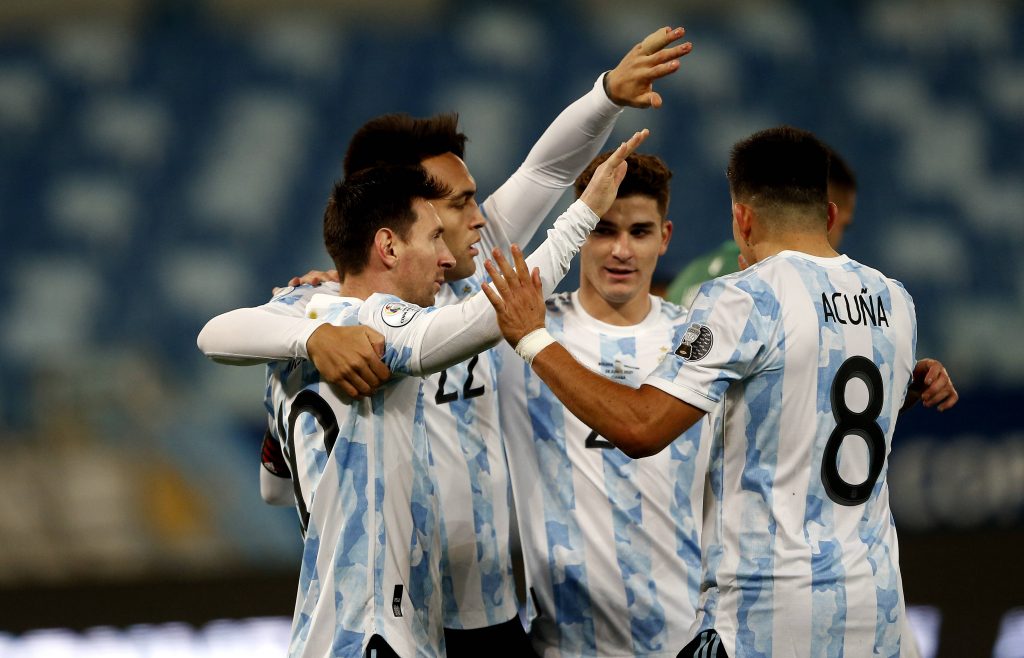 The Copa America group stages have ended, and we now know our line-up for the knockout rounds.

This is where things get incredibly interesting. One poor game, and it’s all over. It’s all about the result.

Ahead of the quarter-finals, here are our predictions for the last eight ties.

Peru surpassed expectations in the group stages. Aside from one 4-0 thrashing at the hands of Brazil, they enjoyed a strong showing, finishing in second place.

Paraguay also gave a good account of themselves in their group. They managed to pull off a surprise win against Chile and suffered narrow defeats to Argentina and Uruguay. They finished in third place.

It’s a difficult one to call. Both sides have fairly similar records, scoring five in their four group outings while winning two games.

It should be a close game, but on paper, Peru seem to be the slightly stronger side of the two.

The headline tie of the quarter-finals comes in Rio de Janeiro, as hosts Brazil clash against Chile.

It was an underwhelming group stage performance from Chile. Aside from a narrow win against Bolivia, they struggled to perform, getting just five points and scoring three goals. They ended up in fourth place in Group A.

As for Brazil, they pretty much did what was expected of them. They opened with two emphatic wins over Venezuela and Peru and finished the group stages undefeated with ten points from a possible 12.

The holders are the favourites to lift the trophy for the second successive tournament. And, having scored at least three more than everyone else in the competition, it’s not hard to see why. Expect them to progress to the semi-finals.

Uruguay’s start to the tournament has been somewhat inconsistent. When they came up against the bigger sides, such as Argentina and Chile, they struggled, but they managed to get results when fancied against Bolivia and Paraguay.

The positive for La Celeste is that they look reasonably solid at the back, conceding just two.

On the other hand, their attack hasn’t been as lethal as expected, scoring just four from their four group stage games – not as many as you’d hope with the likes of Luis Suarez and Edinson Cavani.

They come up against a Colombia side who unconvincingly qualified through Group B in third place.

They managed just four points, coming against Ecuador and Venezuela, before falling to defeats against Peru and Brazil. If they don’t raise their game, there’s only going to be one winner.

The big story in the Argentinian camp will be all about Lionel Messi. After years of heartbreak, can he finally get his hands on that elusive international trophy?

Well, he and his side have made a very bright start to the tournament, picking up ten points from their four group games.

Messi himself has shone, topping both the goal and assist charts with three goals and two assists.

Standing in their way is an Ecuador side who are yet to win a game, drawing three and losing one. However, their group stage displays weren’t as bad as their results suggest.

They were an injury-time equaliser away from picking up three points against Venezuela and went two goals up when they faced Peru. And, in their most recent game, they managed to hold Brazil to a 1-1 draw.

Argentina can’t afford to go into this fixture expecting an easy win. Nonetheless, they should have too much for their opponents.