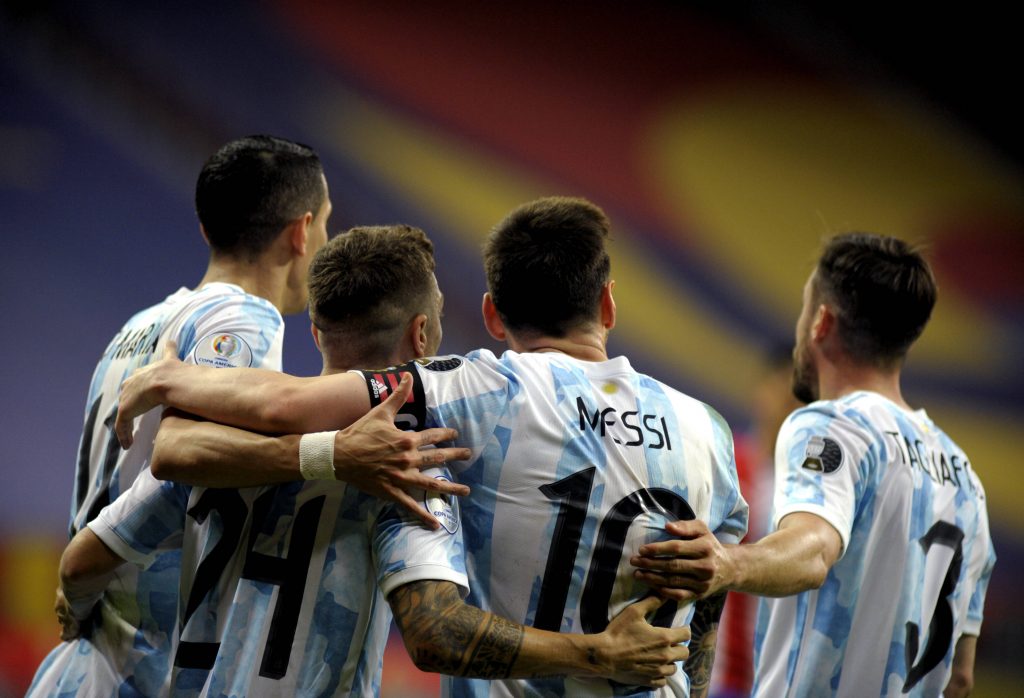 It was a star-studded night of Copa America action, with some of the biggest names in the tournament lining up for their countries in Group A.

Lionel Messi made history as he appeared for his side for a record-equalling 147th time, alongside the likes of Sergio Aguero and Angel Di Maria.

Meanwhile, Luis Suarez and Edinson Cavani were out on the pitch for Uruguay’s second group stage game against Chile.

Here is how things unfolded.

Chile went into the game top of the group, having accumulated four points from their opening two games.

Uruguay, on the other hand, were looking to bounce back after their defeat against Argentina in game one.

Ben Brereton continued his promising start to life as a Chile international, combining with Eduardo Vargas to make it 1-0.

Brereton flicked the ball through to the former Queens Park Rangers loanee, and he slammed home from a tight angle.

This was his 14th goal in Copa America history, taking him just four short of the all-time record.

But Chile were unable to hold out for the three points in the second half. Facundo Torres’ corner was flicked on by Matias Vecino, and it was turned into the net by Arturo Vidal, who scored an own goal under pressure from former teammate Luis Suarez.

Both sides had chances to win it late on. Luciano Arriagada poked wide from close range, and Edinson Cavani missed the target with a header. But neither side could find a winner, ensuring the points were shared.

The draw leaves Chile unbeaten on five points and through to the next round. As for Uruguay, they go into their final two group stage games against Paraguay and Bolivia needing to pick up some points.

Argentina also maintained their unbeaten record with a 1-0 win against Paraguay.

They took an early lead when Angel Di Maria slipped a ball through to Papu Gomez, who beautifully lifted the ball over Antony Silva to put La Albiceleste ahead.

It wasn’t the most convincing performance from Lionel Scaloni’s men from then on, but they got the job done.

They thought they had doubled their lead just before half time when Nicolas Tagliafico’s low cross was deflected in, but it was ruled out due to a tight offside against Lionel Messi in the build-up.

The three points takes Argentina to the top of the group and confirms their place in the knockout stage.

Paraguay are in third, with potentially decisive fixtures against Chile and Uruguay coming up.