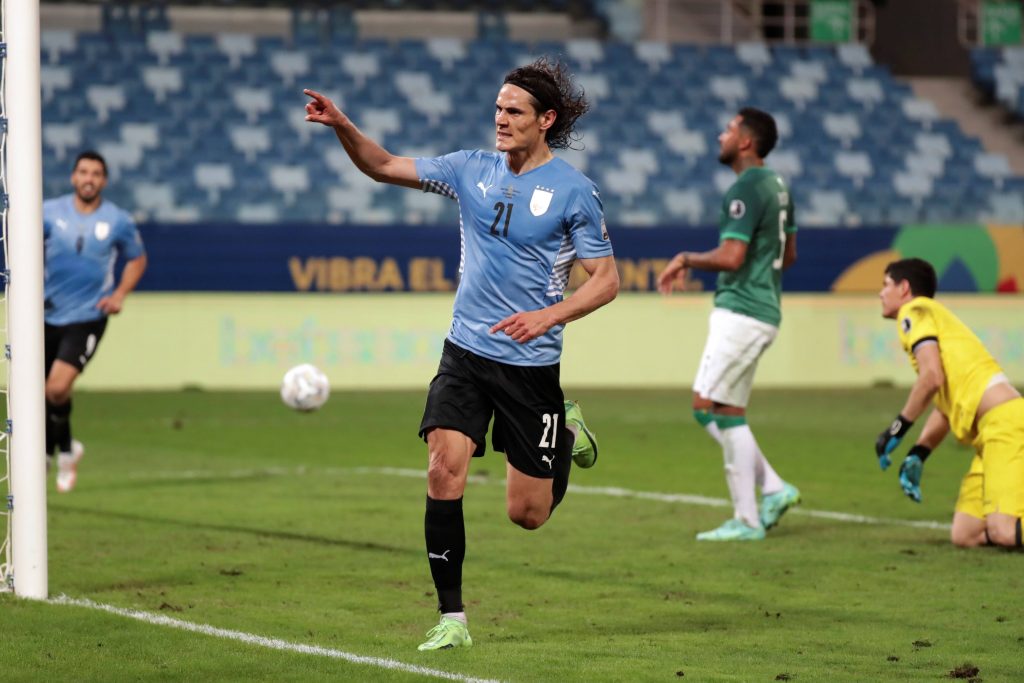 Copa America is well underway, and we’re approaching the end of the group stages.

There is just one round of group stage fixtures left to go, and there is still plenty to play for. Last night, Bolivia and Uruguay clashed while Chile played Paraguay.

Here’s how it all went.

Bolivia and Uruguay faced off for their third games of the tournament, with both sides still winless from their opening two.

It was Uruguay who came out on top after 90 minutes. They took the lead shortly before half time when Giorgian De Arrascaeta’s cross was turned past his own goalkeeper by defender Jairo Quinteros.

La Celeste continued to press for a second goal after the break, with Carlos Lampe having to be at his best to deny Edinson Cavani, Luis Suarez, and Rodrigo Bentancur.

Fernando Muslera was less busy down the other end, being forced into one save of note from Ramiro Vaca’s long-range effort.

But Uruguay would eventually find a second. Facundo Torres’ low cross found Cavani, and he coolly side-footed into the net.

There was still time for one of the misses of the tournament when Federico Valverde squared for Maximiliano Gomez, who somehow placed wide when faced with a completely open goal.

Thankfully for the Valencia man, the miss was not costly, and his side saw out a 2-0 victory.

The win confirms Uruguay’s place in the knockout stages. They go into their final game with Paraguay, knowing that they could still finish top of the group, although other results would have to go their way.

As for Bolivia, it’s their third defeat from three, leaving them four points adrift of qualification with just one game remaining.

They have nothing to play for going into their final game against Argentina.

Chile had made a bright start to the tournament, beating Bolivia and getting draws against Argentina and Uruguay. But their unbeaten start came to an end when they faced Paraguay.

Paraguay took the lead in the 33rd minute when Braian Samudio headed in at the back post from Miguel Almiron’s corner.

Almiron was influential again after the break, doubling his side’s lead from the penalty spot. Carlos Gonzalez was caught by a stray arm from Gary Medel, and Almiron sent Claudio Bravo the wrong way to convert his spot-kick.

Chile were unable to get back into it, condemning them to defeat. Their group stage is over, and they currently sit in third place.

Martin Lasarte’s men have already qualified for the quarter-finals but will play favourites Brazil unless Paraguay can beat Uruguay on Tuesday.

Paraguay go into the fixture in second place in their group. They could still claim top spot but would need a favour from Bolivia against Argentina.