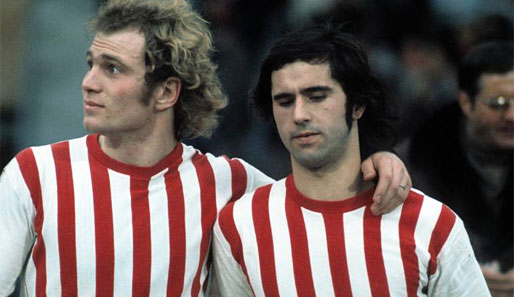 Bundesliga have been blessed with its fair share of good strikers down the years and today we look at some its  best strike partnerships.

Rivalries have been the most congenial part of the game since football established itself as the most beautiful sport in the world. And as far as rivalries are concerned, Germany and England are up there alongside the very best. Both footballing nations have left a significant mark on world football, both internationally and in club football.

While it is widely believed that the Premier League is the best league in world football, Bundesliga’ growth has been nothing short of extraordinary over the last decade. Competitiveness, technically proficient players, improved European performances, spine-tingling atmosphere and the action packed brand of football has captivated millions of hearts across the globe. 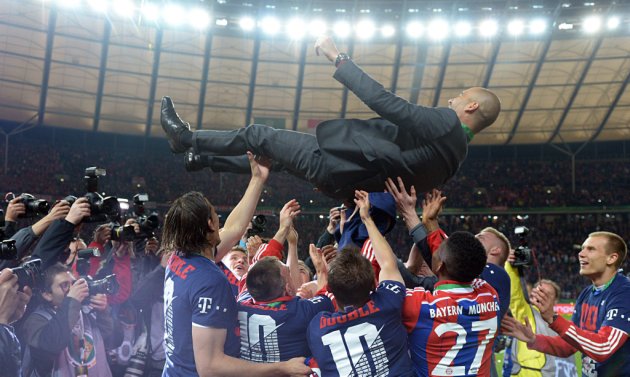 One of things that make Bundesliga so exciting is the adventurous brand of football and its high scoring games. Averaging 2.82 goals per game, Bundesliga is the highest scoring league (amongst the top 5 leagues) in world football.

And when it comes to goals, there is always a mention of strikers. Bundesliga have had its fair share of world class strikers throughout the years. The likes of Gerd Muller, Heynckes, Fischer etc established themselves as legends of the game and left a lasting legacy as Bundesliga’ top marksmen. However, what makes it more interesting is the league’s ability to bring all of these great goal scorers together and procure some of the deadliest attacking duos in world football, throughout the years.

Here at Soccerlens, we shall look at the top three Bundesliga strike partnerships of all time.

The Bayern Munich duo was a match made in heaven as they forged a legendary strike partnership that struck an unforgettable 359 league goals in ten seasons. Famous for their poaching abilities, telepathic movement, killer instinct and unstinting bravery in and around the box, Muller and Hoeness guided Bayern to consecutive league titles and the Champions League. During the peak of their powers (between 1971-74), the pair smashed an incredible 154 league goals as they went on to become the most fearsome strike partnership in Europe back then. 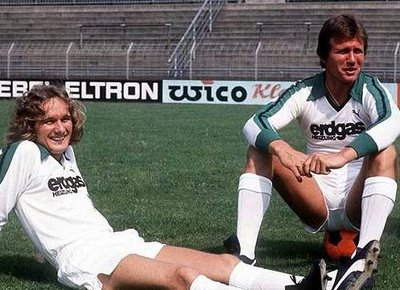 Before guiding Bayern Munich to a treble as a manager, Heynckes made a significant contribution to end Bayern’ league dominance during the mid-seventies. Having won the league back to back, Bayern seemed unbeatable, especially with Muller and Hoeness leading the line for the German giants.

Gladbach duo Heynckes and Simonsen formed a crucial partnership as the pair struck 45 goals and dragged their club to the league title during the 1974-75 season. Heynckes’ instinctive finishing and Simonsen’ presence gave Bundesliga another of its great strike partnerships. 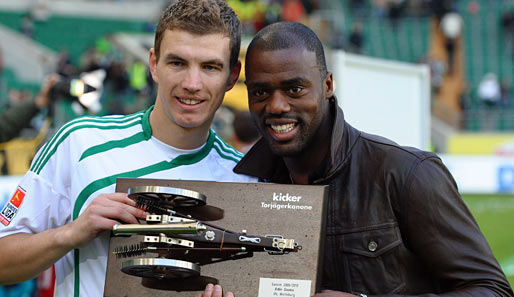 As far as strike partnerships are concerned, Dzeko and Grafite are up there alongside the very best in world football. The pair not only smashed Muller and Hoeness’ incredible 53 goal tally in a season, but guided Wolfsburg to a memorable title win as well.

The former Manchester City striker formed an efficient partnership with the Brazilian Grafite, as the pair notched up a tally of 54 goals in 34 games. The duo racked up 67% of Wolfsburg’s goals during the 2008-09 season while showcasing their outstanding finishing ability, flair and chemistry (on and off the pitch).