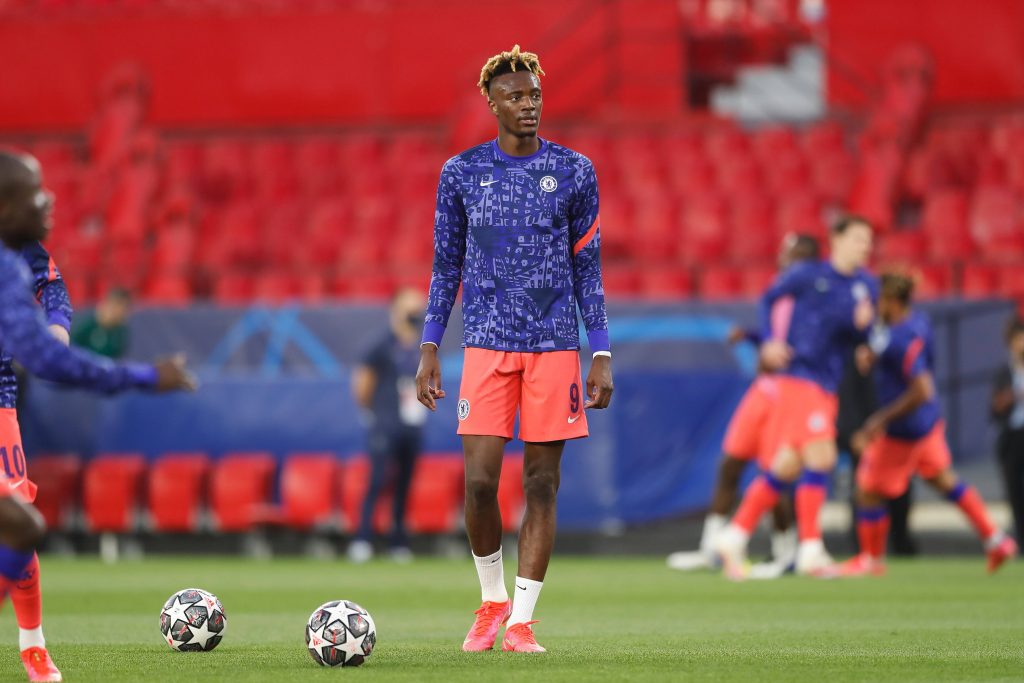 Chelsea striker Tammy Abraham has been badly treated at Stamford Bridge for a player of his quality.

West Ham United have already shown interest in the 23-year-old, who is keen to leave west London this summer.

The Hammers have been struggling to find a central striker who can perform consistently, and they would be well advised to move for Abraham.

As for Chelsea, it’s no secret they haven’t been the most clinical side in the final third during the 2020/21 campaign.

The Blues weren’t expected to qualify for the Champions League last season, but Abraham’s goals helped them achieve the feat.

The Englishman enjoyed a brilliant debut season in the Premier League, bagging 15 goals in 34 appearances.

He was previously on loan at Aston Villa, scoring an impressive 26 goals in the Championship as they earned promotion at the end of the 2018/19 season.

Since Tuhcel replaced Frank Lampard as Chelsea’s manager in January, Abraham has barely played. He has made 32 appearances this term, but only 18 have been starts.

However, Abraham still leads the scoring across all competitions with 12 goals. He has struggled with an ankle problem, but this is a complete 180 from a season ago.

What made Abraham’s situation at Chelsea worse was being completely left out of the squad in the FA Cup Final against Leicester City on Saturday.

This should be the last straw. Abraham deserves much better, and West Ham can provide him with the platform he needs.

David Moyes’ side were in the running for a top-four finish, but recent slip-ups against Everton and Brighton & Hove Albion have probably ended their hopes of qualifying for the Champions League.

The Hammers have been propelled by the terrific play of Manchester United loanee Jesse Lingard, who has resurrected his career at the London Stadium.

However, he typically plays just behind the striker or wide of a front three.

Jarrod Bowen and Michail Antonio usually play up top. Despite combining for 17 goals this term, they aren’t natural central strikers.

Antonio is the nearest thing, but he is ageing, struggles with injuries and isn’t the most consistent performer.

Abraham has already proven that he can produce the goods in the top flight. To do it with a team like Chelsea highlights his ability.

West Ham’s lack of firepower has proved costly over the past few weeks, with the team netting just three times in their last four games.

The only issue that may arise for securing Abraham’s signature would be his price tag, with Moyes recently telling Sky Sports that £40 million would be beyond West Ham’s reach.

They will also have competition for Abraham. Villa are said to be interested in bringing their former loanee back, while Newcastle United are also in the race.

They would also probably struggle to meet Chelsea’s demands, and it is unclear whether they are willing to lower the price tag.

Abraham deserves the chance to play regularly, and he could help out immensely at West Ham.

Signing Abraham could help the Hammers build on what has been a decent season, and they should pull out all the stops to secure his services.