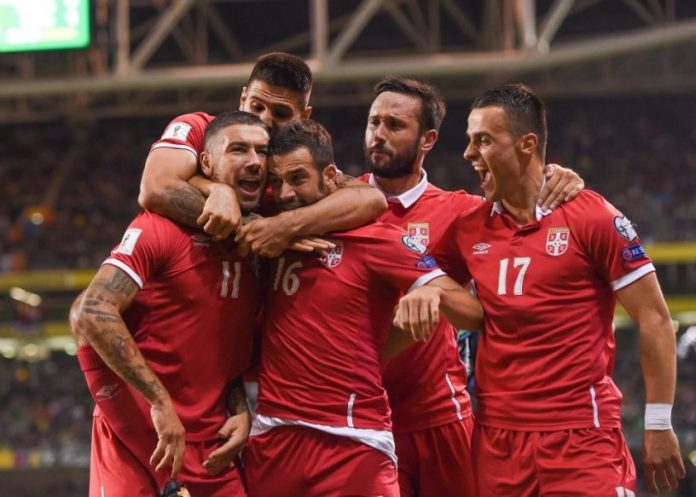 Balkan nation Serbia powered through qualification for the tournament but few in Belgrade are getting excited.

The draw in Group E, along with Brazil, Costa Rica and Switzerland, is considered tough and the new coach has yet to bed in.

The Serbs haven’t kicked a ball since two friendlies against African opposition in March but are scheduled to play Chile and Bolivia prior to the tournament.

The squad boasts decent quality throughout although injuries have somewhat reduced the options in central defence.

Youth is also a feature of their final 23 and the average age will be one of the lowest at the tournament.

A clutch of familiar names from around Europe’s top leagues offer plenty of technical ability in midfield but there are minimal options up front, where Aleksandar Mitrovic will be relied upon to continue his qualification scoring form.

Former Manchester City defender Matija Nastasic would have been in the starting line-up after showing good form with Schalke but the 25-year-old will not travel due to a knee injury.

Eintracht Frankfurt’s Mijat Gacinovic is a surprising omission however, especially as he has proven himself as a utility man.

A winner of five league titles with Partizan Belgrade and a German double with Werder Bremen but almost totally untested at managerial level.

Krstajic only took control of the side in the autumn and has overseen mixed results since. The 44-year-old created a bit of a stir immediately when he replaced Branislav Ivanovic as captain with Alexsandar Kolarov.

After some early tinkering it seems Krstajic has settled on a 4-2-3-1 with Premier League pair Matic and Milivojevic as the deeper midfielders.

There are plenty of tricky customers vying for the attacking midfield berths but Milinkovic-Savic looks favourite to occupy the coveted number 10 position having refused to play deeper under the previous regimen.

Mitrovic will be the focal point of the attack having found his goalscoring form in Fulham’s successful promotion.

Fast becoming a complete central midfielder after an impressive season with Lazio.

Serie A kingpins Juventus are rumoured to be keen on signing him but there has also been interest from big clubs across Europe.

Has only recently broken into the side but will be trusted to be the main creator. Tall, strong, quick, an accomplished passer and a good finisher.

A winger with fantastic dribbling ability but an eye for a pass too – he is capable of operating on either flank and in a central role.

The Benfica man isn’t guaranteed to start but if he is on the bench, Zivkovic will be the likely first option if his side are chasing the game.

Can also prove effective from dead-ball situations. Still only 21 and on the radar of Europe’s elite clubs.

Serbia, if they were more settled and had everyone fit, would have a great chance of pipping Costa Rica or the Swiss into round two but the defensive crisis and the inexperience of the coach might see them found wanting. A first round exit.