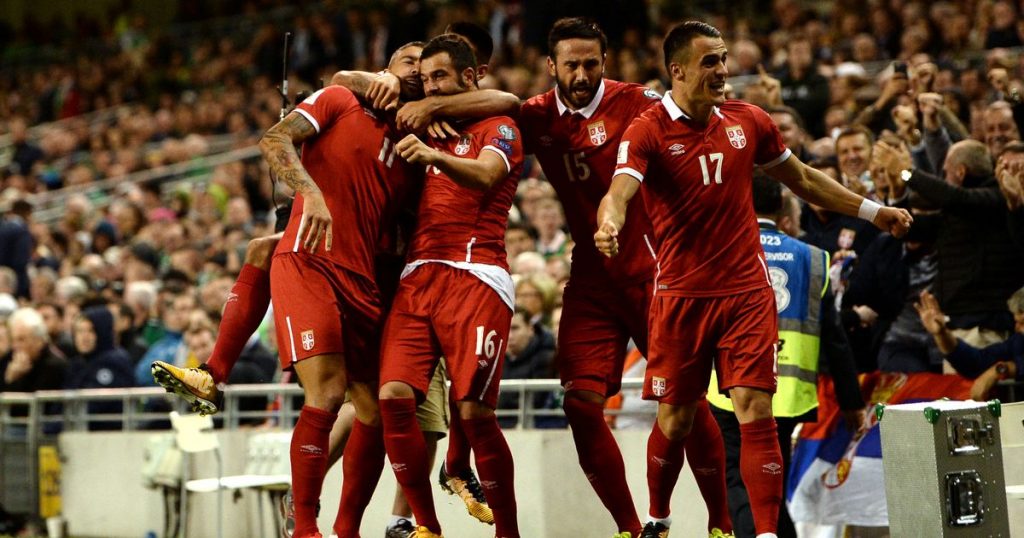 Brazil’s presence in World Cup Group E means that the other three sides are realistically fighting it out for one place in the knockout rounds.

The South Americans are many people’s favourites to win the tournament in Russia this summer and will take some stopping in the early stages.

In Serbia, Costa Rica and Switzerland, the Brazilians do have some capable opposition, while the other three sides in the group are relatively evenly matched.

Brazil’s national side has never been short of menacing attacking talent and the current team is no different.

However, what coach Tite has established is a solid defensive platform – something not always present in Selecao sides – making the South Americans an ominous prospect.

Switzerland are highly rated given an almost flawless qualification process and have quality all over the park.

While the Europeans cannot be categorised in the very highest bracket, on their day they have the weaponry to hurt able opponents.

Serbia are an unpredictable side that on paper look strong but a debilitating collective mentality and the suggestion of egos and in-fighting could derail their summer ambitions.

That said, with a couple of experienced defensive campaigners and technically superb attacking options, the Balkan outfit will fancy their chances of progression to the round of 16.

Costa Rica are coming off the back of making the World Cup quarter-finals four years ago in Brazil but again will be regarded as the weakest side in this group.

Los Ticos will enjoy being the underdogs but will have to be at their best to stand a chance of finishing in the top two.

The level of expectation in Brazil four years ago on home soil played a role in adding pressure to the World Cup hosts, but in reality the home nation did not have the quality in their ranks to win the tournament.

This time round the same cannot be said, with a more-rounded squad travelling to Russia, less reliance on Neymar and a more cohesive unit excelling in qualifying.

Brazil fans will hope their side can get off to a quick start and build momentum by dominating Group E – anything other than the South Americans topping the pool would be a surprise.

Given the Selecao’s quality, the other three sides will most likely write off their fixtures against the men in famous yellow and look to secure second place by winning fixtures among themselves.

Switzerland are currently ranked sixth in the FIFA world rankings, making them favourites to join Brazil in the second round.

However, comparing their side to Serbia’s is interesting viewing.

While Switzerland are more stabile and experienced than their European rivals, the Serbs have a number of very able attacking players – arguably more-gifted than those in the Swiss ranks.

The Balkan nation will rely on Aleksandar Mitrovic, Sergey Milinkovic-Savic, Dusan Tadic and Adem Ljajic to provide the attacking impetus to break down opponents – and they are capable of doing it if they can work as a unit.

With top-level professionals such as Branislav Ivanovic, Aleksandar Kolarov and Nemanja Matic to add experience, Serbia have a strong starting XI.

That said, given the inconsistency Serbia have displayed in recent years, there is as equal a likelihood of them losing all three games as there is of them winning all three.

This match-up will display a real contrast in styles, as the dependable and stable Swiss take on the volatile but gifted Serbs.

Given that the fixture takes place in round two, with Switzerland potentially coming off an initial defeat to Brazil, there will be pressure on Vladimir Petkovic’s side to take the initiative in this clash.

However, if the Swiss commit too many men forward Serbia have the personnel to pick them off on the break – and if they do could potentially ensure qualification to the round of 16 after only two games.

While Switzerland have a pragmatic approach and rely on the solidarity of the group, left-back Ricardo Rodriguez is an unlikely source of attacking ambition and individualism.

The AC Milan left-back is a stout defender but his heart lies in getting on the front foot, taking on opponents and getting into dangerous offensive positions.

While Brazil and Serbia boast some impressive attacking players, this Swiss defender has all the attributes to light up the tournament with his mobility and sublime left foot.

Brazil are the most-successful nation in world football history and their devoted supporters will demand their side win the top prize this summer.

Whether they can do this remains to be seen, but the Selecao should be the dominant force in Group E and top the pool.

Costa Rica impressed four years ago but after managerial changes do not look capable of repeating the feat, leaving Switzerland and Serbia competing for the other qualification place.

Although they possess the potential to be a real force at the tournament, the Serbs’ inconsistency compared to the stability of the Swiss may be their downfall.