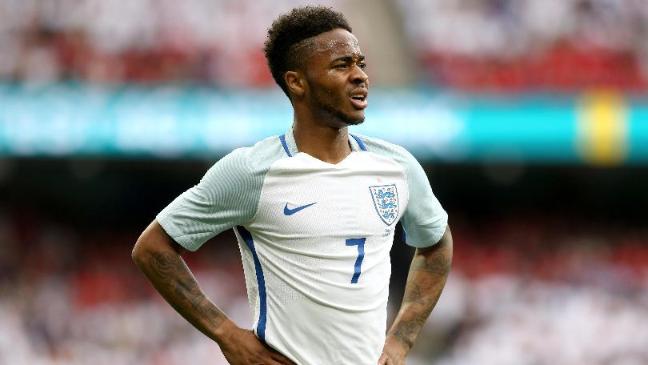 The start of the 2018 World Cup in Russia is less than two weeks away, with the competing teams starting to get focused on the task at hands.

In today’s daily round-up, it has been revealed that England’s preparations have took a setback due to one player’s tardiness, France record an impressive friendly win and Serbia omit an important star due to injury.

England manager Gareth Southgate has confirmed that attacker Raheem Sterling reported to training a day late after a mix-up with his flights.

The Manchester City winger had taken a holiday in Jamaica before meeting up with the Three Lions set-up for tournament preparation and was due to report to training on Tuesday night.

However, after a mix-up with his returning flights, Sterling did not show up at England’s St George Park until Wednesday morning.

Southgate explained that the flying forward had apologised to him and the group, and has been in scintillating form in training this week.

“He explained his commitment to the team. We’ve dealt with it internally. Everybody moved on,” Sky Sports report the England manager as saying.

“He’s so keen for this tournament to be a success for him and the team.

“If someone doesn’t want to be here and wants to be late, that’s different, but I know how he was about it, so his commitment and focus were clear to me.”

France’s attacking abilities were on show on Friday night as Les Bleus ramped up momentum ahead of the World Cup with a 3-1 friendly win over Italy.

Goals from Samuel Umtiti, Antoine Griezmann and Ousmane Dembele were enough for Didier Deschamps’ men to dispatch the Azzurri in Nice.

France’s team selection was interesting and providing an insight into their manager’s potential thinking ahead of the tournament.

Griezmann operated through the middle as the furthest man forward, with the Atletico Madrid attacker preferred to Olivier Giroud and supported by Dembele and Kylian Mbappe.

Raphael Varane was only a substitute but is expected to start at centre-half in place of Adil Rami, with the Real Madrid defender given extra time to recuperate after last weekend’s Champions League final.

In midfield, Corentin Tolisso got the nod ahead of the more-experienced Blaise Matuidi.

In other friendlies, Australia put in an impressive showing to thump Czech Republic 4-0, South Korea were beaten 3-1 by Bosnia and Tunisia drew 2-2 with Turkey.

The former Manchester City centre-half has been on the sidelines of late due to a knee injury and has not recovered in time to feature at the World Cup.

Nastasic was a regular in the Serbia defence during qualifying and as such his omission is a blow for the Group E outfit.

Finally, as we covered in our piece on World Cup revenues, Chinese companies have snapped up advertising deals with FIFA ahead of the World Cup and that the Asian country’s wares and products will be front and centre for fans travelling to Russia.

Scandals have embroiled FIFA in recent years and this has led to Western companies moving away from commercial deals with the governing body in a bid to protect the sanctity of their brands.

However, Chinese businesses have no such concerns, with telecoms outfit Vivo, electronic giant Hisense, electric scooter manufacturer Yadea and conglomerate Wang Jianlin set to be household names by the time the tournament ends.

Also, attendees at the tournament opener between Russia and Saudi Arabia with also be subjected to a seven-minute advert for a Mongolian milk and drinkable yoghurt – proving money does make the world go round.