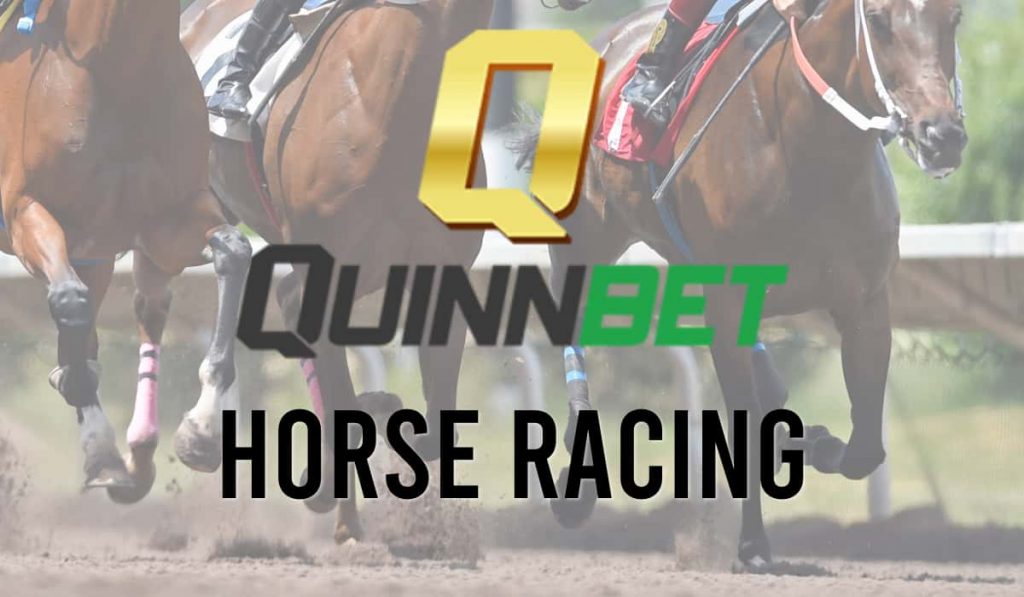 Another thrilling Saturday promises loads of great horse racing live streaming action. See everything going on at QuinnBet, one of the best bookmakers for punters that want to watch and bet on horse racing in the UK. Any new customers joining their sportsbook get a £25 risk free bet.

Just like a typical Saturday, there are six race meetings in Britain and Ireland featured in live horse racing streaming on 30 October. The place to be for all that is QuinnBet, who are top dogs for those seeking to watch and bet on horse racing around the world. Horse racing live streaming today starts off at Newmarket, where the curtain comes down on Flat turf action until next April.

There are four jumps cards with action in England, Northern Ireland and Scotland. Musselburgh near Edinburgh is first to begin, while it is the most important race day of the year at Down Royal. Their Champion Chase card is always memorable. Wetherby in West Yorkshire has the Charlie Hall Chase headlining their racing.

At Ascot, there are Listed and graded handicaps on their first National Hunt card of the new campaign. Wolverhampton rounds the day off with All-Weather action later on. This a fast and furious Saturday selection on live horse racing streaming sites like QuinnBet, so let’s take a closer look at the highlights:

In the Emerald Isle, some must-see live horse racing streaming comes in the former of the Grade 1 Down Royal Champion Chase over 3m (2:50). Minella Indo returns to action here after his Cheltenham Gold Cup heroics. He beat King George winner Frodon that day, but both big names concede race fitness to Galvin, who represents four-time race winning trainer Gordon Elliott.

There is also a Grade 2 race over an extended 2m 3f at Down Royal, the old Skymas Chase (3:25). Here, the mighty Envoi Allen looks to get back on track after falling early on at the Cheltenham Festival and pulling-up at Punchestown. Thyestes Chase scorer Coko Beach, who won in this grade as a novice, looks the main danger. John Ryan mare Fairyhill Run gets plenty of weight from both the market principals, though.

There are three class 1 events on the Charlie Hall card at Wetherby, meanwhile. The horse racing live streaming from there brings you a Listed 2m hurdles for mares (1:55). Miranda forms part of a strong team sent up to the track by Paul Nicholls, yet plenty others have claims. They include Dan Skelton runner Molly Ollys Wishes and Nicky Henderson inmate Marie’s Rock after a wind op. Alan King filly Her Indoors can also run well.

In the 3m Grade 2 West Yorkshire Hurdle (2:30), Paisley Park makes an early reappearance provided there is some rain. Liverpool Hurdle third Thomas Darby could go well here for up-and-coming trainer Olly Murphy. Nicholls uses this race as a pipe-opener for Master Tommytucker before he goes back over fences.

The feature contest at Wetherby is the 3m Grade 2 Charlie Hall Chase (3:05) where Cyrname bids for a repeat win. He sets a clear standard at the head of the betting for Nicholls. Skelton saddles Shan Blue, who likes this venue, and Tom George runs Clondaw Castle following his second in the Aintree Bowl last spring. Fusil Raffles tries the trip for the first time with Nicky Henderson seeking a second Charlie Hall win 19 years after his first.

Ascot has a card over jumps for the first time since the spring, so this should be good. The Listed 2m Bateaux London Handicap Hurdle (2:10) sees two lightly-raced horses fighting for favouritism. Soaring Glory has already won a valuable prize like this after Betfair Hurdle glory in February. The Jonjo O’Neill horse meets handicap debutant Boothill, a Harry Fry runner with huge potential.

There is even more to watch and bet on horse racing betting sites today too with Musselburgh, Newmarket and Wolverhampton on as well. Live horse racing streaming is made for days like this. Don’t miss any of the 30 October action at QuinnBet. Follow these steps for viewing the streams:

Everyone likes some of their losses back when betting, so QuinnBet offer any SportsLens readers out there that chance. Their new customer over refunds 50% of any bets that go down on the first day after opening an account. Sound good? Register for an account with QuinnBet, then make a deposit and bet on horse racing or any other eligible sports market at minimum odds of Evens (2.00). If there are losses in the account come the end of that first day, then get 50% of those back as a Free Bet up to £25. There are 100 Free Spins on the Grand Spinn slot game in QuinnBet’s online casino included too, so it’s a great deal.

Place at least three bets and, as long as one of them is a £10 wager at minimum odds of Evens (2.00) and the account balance is up, receive a £5 Free Bet and those Free Spins. First deposits through Neteller and Skrill aren’t eligible for this welcome bonus, though, and additional T&Cs apply.