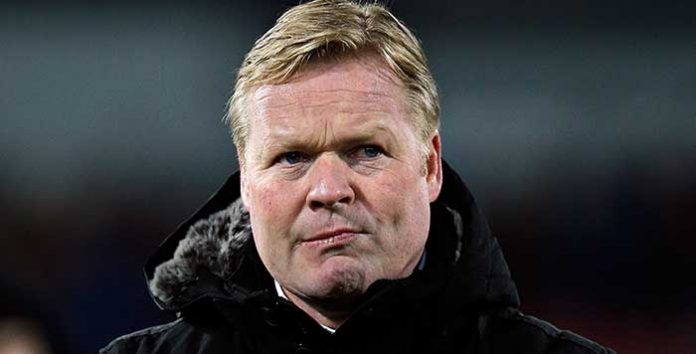 Although the club are keen to emphasise that no decision has yet been taken concerning a replacement for departed manager Mauricio Pochettino, former Holland international Ronald Koeman appears to be a clear favourite to secure the position.

Reports suggest that the former Feyonoord manager has been involved in talks with the club, and a supposed picture of him arriving at Heathrow airport was even doing the rounds on Twitter recently. The meeting apparently involved a number of Southampton officials, and perhaps significantly Les Reed, the club’s executive director, who set up the youth system at the club that has brought through so many players over the last few years.

The Saints are thought to favour Koeman as favours the attacking style of football tat the club wishes to promote, and has a record for bringing through younger players, which would mesh nicely with the results of Reed’s endeavours and would continue the pattern currently existing at the club.

Koeman left Feyonaard last month, after three consecutive seasons finishing in the top three of the Eredivise, with his team notching the most goals in the league last season. It may well be however that he felt he had taken the club as far as he can go, and sees the Southampton job as the next step in his career.

Although probably best remembered in England for the free kick in a World Cup qualifying game that eliminated the Three Lions from the USA ’94 tournament, Koeman probably enjoyed the greatest moment of his playing career in this country as well. Playing for Barcelona in the European Cup Final at Wembley against Sampdoria, he crashed in an extra-time free-kick to win the game and take the trophy to Catalunya for the first time in the Blaugrana’s history. It completed a double for him as well, as he had already won the trophy playing for Ajax.

After enjoying managerial success in three countries with Ajax, Benfica and Valencia, before returning to his native Holland to take over at Feyanoord, the Dutchman clearly has the cosmopolitan experience of European football that has almost become a prerequisite for managers in the Premier League of late.

Although clearly the front runner, Southampton are still considering other options, and with a £50million transfer kitty to be deployed, the south coast club are determined to get the appointment correct. One name that has apparently been discounted from consideration however is Murat Yakin, who has left Swiss club Basle and was considered a possible contender. This no longer seems to be the case though.

Whoever the club appoint will have a desk full of issues to resolve on his arrival. As well as looking at possibly strengthening the squad, there’s a list of players currently being courted by other clubs. It is of course almost inevitable that some will leave, with Luke Shaw and Adam Lallana heading probably those likely to move on. It will be important however, to staunch that flow of exits, and convince others that there remains a sound
future at the club.