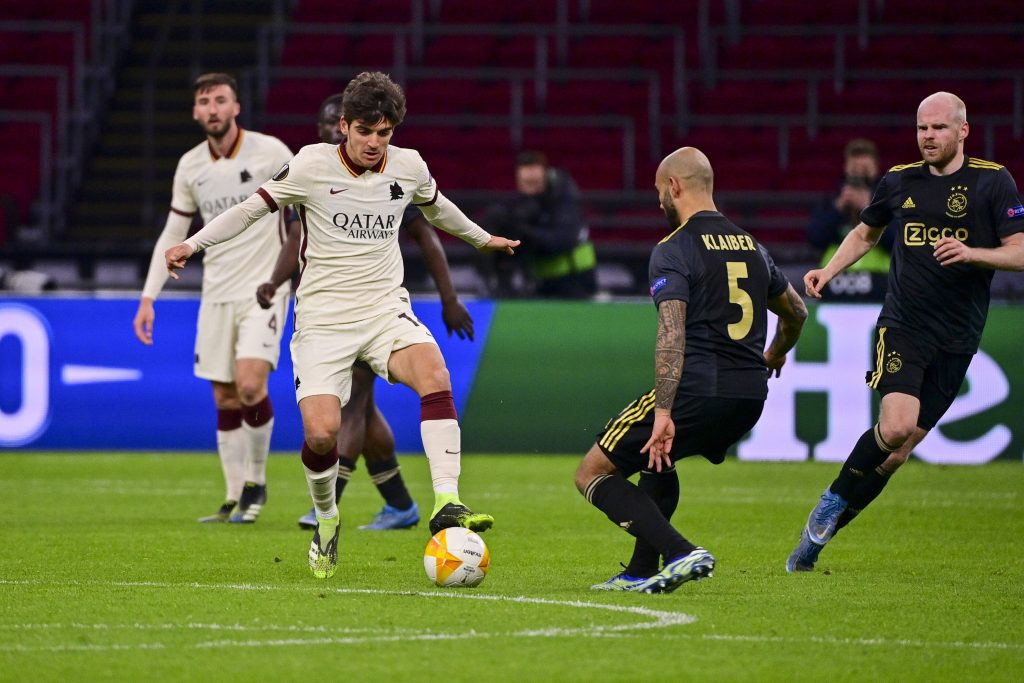 Roma and Ajax will square off at the Stadio Olimpico in the return leg of their Europa League quarter-final tie on Thursday.

Despite leading 1-0 at half-time, Erik ten Hag’s men were on the wrong end of a 2-1 scoreline at the Johan Cruijff Arena.

Ibanez’s last-gasp winner gave Roma a slim advantage going into the return leg as the Italians seek their first-ever appearance in the Europa League semi-finals.

Roma’s overall European record against Dutch opponents before the first-leg fixture in Amsterdam was perfectly balanced (W2, D2, L2), though they have yet to lose at home to Eredivisie visitors (W2, D1).

With the fate of this tie firmly in their hands, Paulo Fonseca’s side can secure back-to-back successes in UEFA quarter-final ties after bowing out at this stage of major European competitions four times in a row.

Notably, the Italian giants have suffered just one defeat in their last 20 European fixtures at the Stadio Olimpico (W15, D4), courtesy of a 2-0 loss to Real Madrid in the 2018/19 UEFA Champions League group stage.

However, all four of Roma’s home reverses in the Europa League have come in the competition’s knock-out stage, where their record reads W4 D1 L3.

The Giallorossi have progressed from all 11 UEFA two-legged ties after winning the first leg on the road, most recently against Sporting Braga in the Europa League last-32.

Ajax will seek retribution after seeing their ten-match winning streak at home in the UEFA Europa League proper come to a halt last time out.

Since succumbing to a 1-0 defeat at Inter Milan in their 2005/06 UEFA Champions League last-16 tie, the Eredivisie heavyweights have gone unbeaten in their subsequent six UEFA trips to Italy (W3, D3).

Coming into this encounter, the Lancers have suffered back-to-back losses to Serie A clubs after going undefeated in their previous eight such showdowns (W2, D6).

A noteworthy takeaway from the Dutch side’s recent fortunes in their away Europa League knock-out fixtures is that they have won just twice in their last 15 such outings (D2, L8).