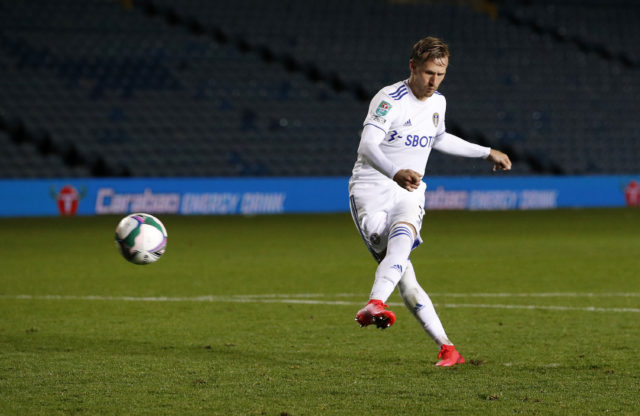 According to The Sun on Sunday (print edition, page 61, October 11, 2020), Watford are looking to sign the Leeds defender before the summer transfer window in England closes on Friday.

Douglas was heavily linked with a move to Scottish champions Celtic earlier this summer, but the Bhoys didn’t pursue with the deal.

The Sun claims that the Championship club have made an offer to Leeds to sign the Scottish left-back on loan.

The report claims that Watford are hoping that Leeds would consider their offer. Blackburn Rovers are also interested in signing the 31-year-old.

Douglas has not played a single minute in the Premier League so far this season. However, Marcelo Bielsa likes him, and he is not looking to push him out of the club.

The Argentine previously hailed him as an impeccable professional. Douglas is a very good team player but he has a fight on his hands if he is to feature regularly.

Douglas missed out on Premier League football when Wolves got promoted and it will be a massive blow for him if he does not get to play in the Premier League again for Leeds after helping them win promotion from the Championship.