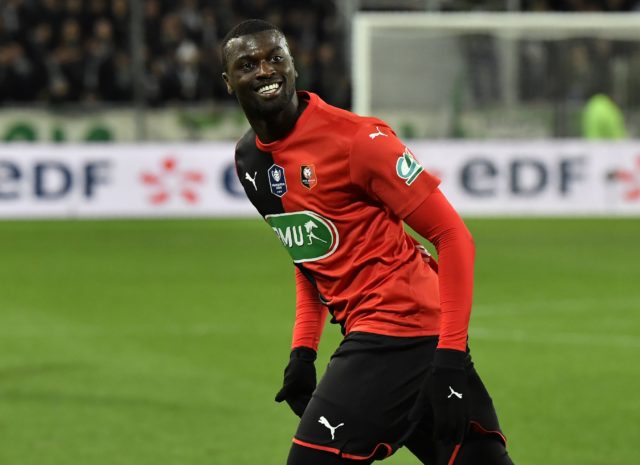 According to reports from Le Parisien, new Rennes president Nicolas Holveck would ask any potential suitor to pay in the region of €20 million (£18m) for M’Baye Niang.

Earlier this month, Daily Star claimed that Niang has been offered to clubs around Europe, with Premier League outfits Tottenham Hotspur and Brighton and Hove Albion also among the interested parties.

Also, transfer expert Nico Schira has claimed this week that the 25-year-old is getting close to moving to French rival Marseille, with talks between the two clubs ongoing.

Spurs have already made contact with the forward’s representatives over a summer move, and it remains to be seen whether they can secure his signature.

Rennes are already looking for a potential replacement in Amiens striker Serhou Guirassy and are willing to let Niang go, but only at the asking price they’ve set.

Niang made 24 starts and two substitute appearances in Ligue 1 for Rennes this season, scoring 10 goals in the process.

Spurs need a striker this summer and Niang would be a smart option. Tottenham’s budget won’t be huge, but £18m for a young in-form striker is a reasonable price.