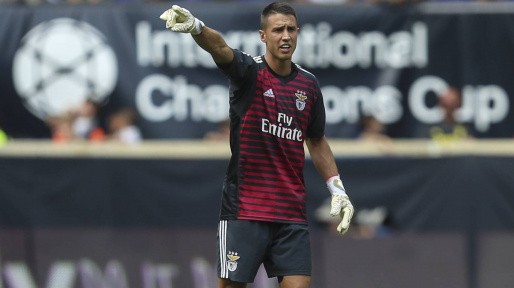 According to Sportime.gr, Newcastle United have enquired about Benfica goalkeeper Odysseas Vlachodimos as they seek to bring in a cover for the injured Martin Dubravka.

The Slovakian international is out for around six to eight weeks after injuring his heel, and it appears that the Magpies are looking to bring in another goalie despite having Karl Darlow and Mark Gillespie as back-ups.

Vlachodimos isn’t a new name to Newcastle as he was recently on their radar as a long-term replacement for Dubravka, but the Portuguese club are demanding too much for the Greek international and the Magpies aren’t expected to make a bid or return to make further enquiries.

The 26-year-old, who has a £54 million buyout clause, is also on the radars of Sheffield United and Hertha Berlin, but he isn’t in a rush to leave anytime soon.

Newcastle don’t have a lot to spend this summer and won’t be looking to spend part of the little they have on another goalie.

Darlow and Gillespie have to step up in training in the coming days as head coach Steve Bruce won’t have last season’s Player of the Year available till October, and it will be interesting to see who will be in goal for the season opener against West Ham United.