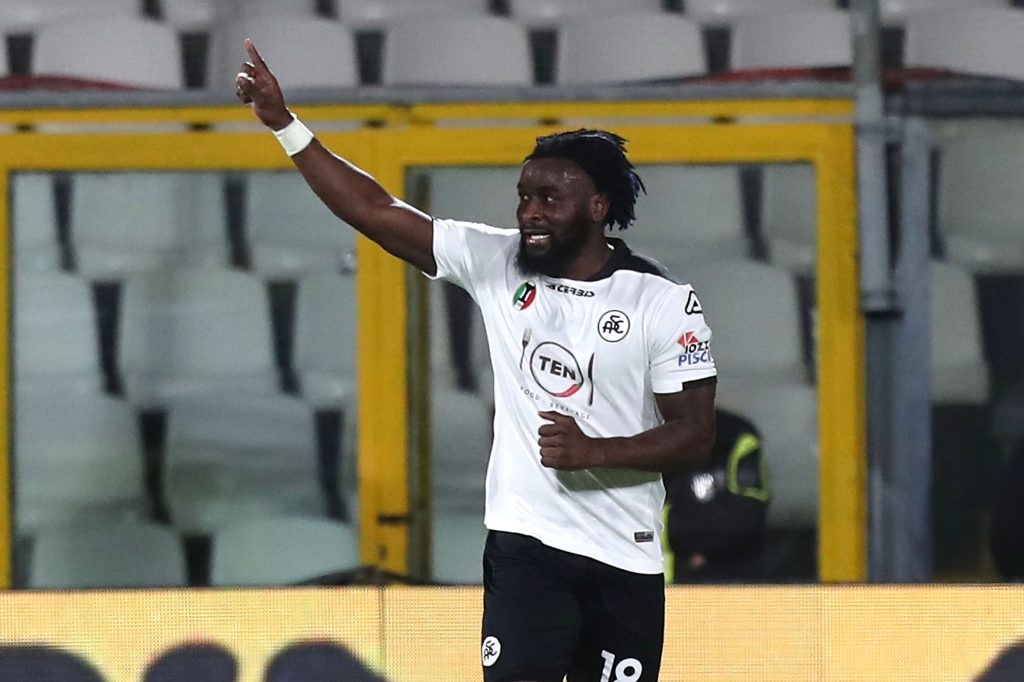 According to The Guardian, Spezia striker M’Bala Nzola has attracted interest from West Ham United and Newcastle United following his impressive start to life in the Serie A.

The 24-year-old has bagged nine goals and an assist in 13 games for the Italian outfit so far in 2020-21, and Napoli are also keeping tabs on him as a result.

Leeds United have also been linked with Nzola, but it doesn’t appear that the Elland Road outfit are keen on pursuing a deal during the January transfer window given the plethora of attacking options available at the disposal of head coach Marcelo Bielsa.

West Ham are looking to bring in a replacement for Sebastien Haller before the end of the month, and that could see them make a firm move for the Frenchman in the coming days.

Spezia will not be too keen to cash in on their valued striker mid-way through the campaign as they battle against relegation and it would take a very juicy offer to tempt them into selling him.

While Nzola has hit the ground running in the Italian top-flight, there are no guarantees that he will do the same in the Premier League if he moves to West Ham, and manager David Moyes cannot afford to get such a crucial transfer decision wrong given the club’s recent struggles in landing a top striker.

Newcastle head coach Steve Bruce could also do with another striker this month following his side’s recent woeful run, but whether chairman and owner Mike Ashley would be willing to provide much-needed transfer funds is debatable.

Playing in the English top-flight would be appealing to Nzola, but he could be willing to wait until the summer before thinking about a move and will hope to attract plenty of attention at that point.